With gossip and news being the main sources of what goes on behind the scenes at Egypt's international schools, we got a few inside sources to give us raw versions of their stories. 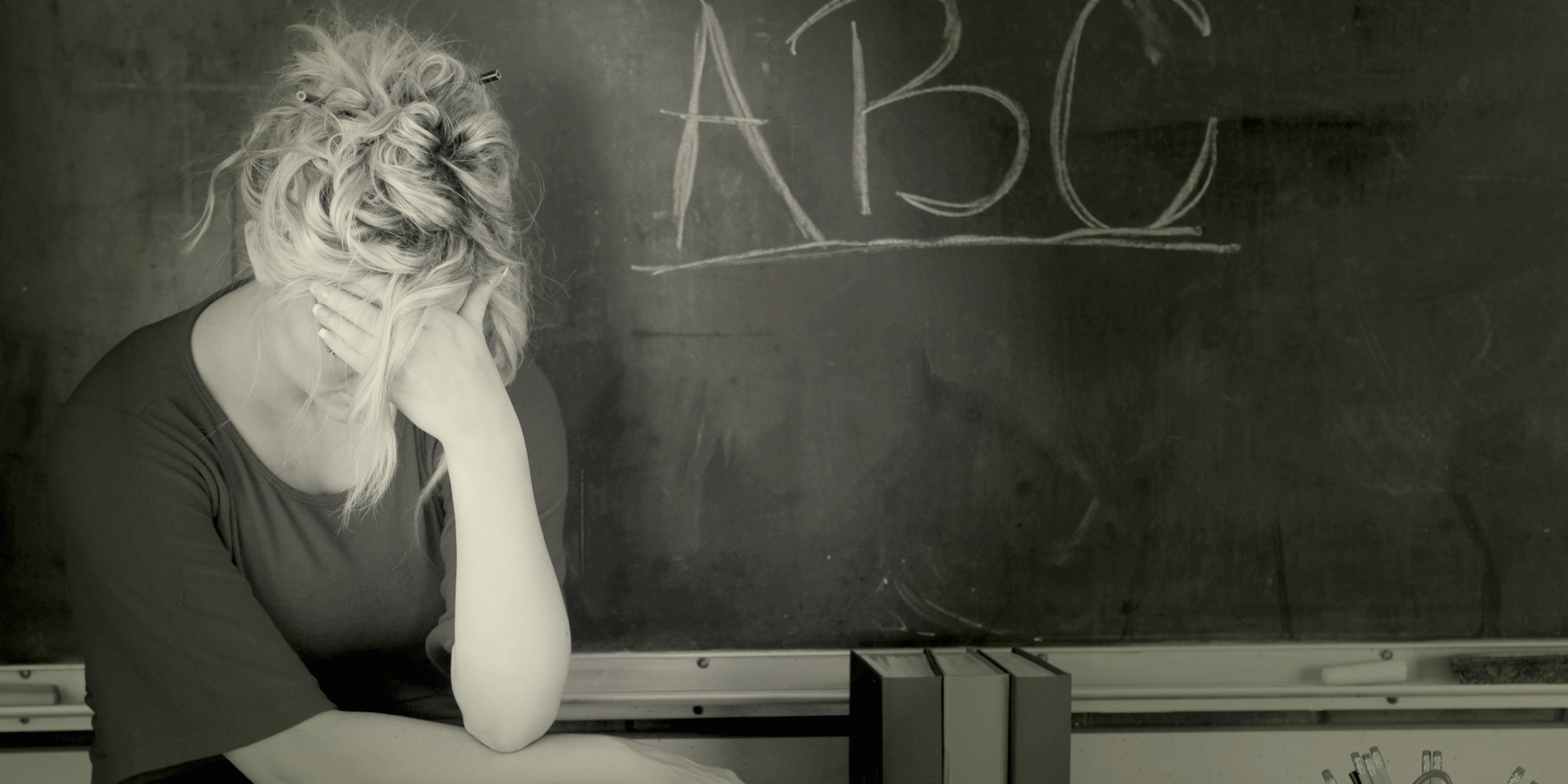 Since Egypt is known as Om el Dunya, international presence just seems fitting here, right? It's true, once you slap the word 'international' onto the name of any Egyptian institution or company, not only does it give it a ring, it also gives it more value – that's particularly the case with international schools. If you had the finances, would you rather send your kid to CairoScene School or CairoScene International School of Egypt? The latter, right? Of course, it sounds like it promises safety and guarantees qualified expats teaching your kid enough knowledge and education to live life the civilised way. Actually, the more we hear stories from these schools, the more we believe this may just be stereotype. Because within international schools, you may have sexual assault cases and questionable hiring practices. Usually, authorities deny these incidents and we're often stuck trying to save kids from these situations – but, this time, we have teachers from some of Egypt's international schools who want to give us a glimpse of their reality.

Alexia
Some of the international schools are technically 'certified' schools; their curriculum – both its content and teaching methods – is normally certified by an inspector arriving from the Ministry of Education of whichever country or organisation they are certified by. Essentially, this is what helps parents or guardians feel better that they're enrolling their kids in an "American" or a "Canadian" certified school, or whatever else it may claim to be. However, lately, because of terrorist-related incidents, and planes going down, Egypt is now viewed as a danger zone, and countries granting certifications are no longer sending their inspectors. Can you believe that certification is now done via e-mail? You can write down anything in an email, and on paper it sounds all good, but it's far from their reality. To put these questionable practices into perspective, I interviewed for a school in 6th of October City – two months later, it shut down because the director was put in jail, all staff were let go, and the school had a slim chance at reopening.

Jason
I started working as a Grade 9 French teacher and a Grade 10 math teacher at an international school this January. I would say the experience was mostly positive. I was given a good salary – by Egyptian standards – and I did my best to educate my students. As a Canadian, I am well aware that I benefited from one of the best education systems in the world, and I did my best to bring that standard home. My superiors were happy with my performance, but I can't say the same for my students – they didn't take away as much as I would have liked. Maybe it's a cultural thing, maybe I had a particularly difficult group of kids, but simply put, they didn't care much about school. It wasn't the quality of teachers, which in my opinion was high – and they really wanted to teach – but when you're dealing with an under-regulated for-profit establishment, such as those that Egyptian international school fall under, money will often overshadow education; long-term, it is Egyptian children who will suffer, and more generally, Egypt will pay the price.

Zaya
The majority of teachers in Egypt do not have work permits, and it's not because they're avoiding it, but because most can't get it – and actually, some don't even realise the permit's importance because their employers feed them bullshit stories about them being held up since they don't have the relevant qualifications. But the truth is that owners are avoiding taxes by not declaring employees and therefore not handing out work permits. Our owners freely admitted to us – finally – that they put us down as 'volunteers' in order to avoid taxes and that's the real reason we hadn't received our work permits. One time, during school inspections, myself and four other foreign teachers were asked to go to the storage room behind the gymnasium and grade papers in silence, while school inspectors came to check for visas – it was absolutely humiliating.

I was so shocked at the educational levels they burdened a child with yet failed to provide classroom support for – you have international school kids in KG2 expected to read and do subtraction! One student, soon after he started, had an incident at the playground, but the Arabic teacher did not mention it – rather, she complained that he was more interested in sleeping than in listening or responding to her. His mom is a doctor, so she was able to diagnose her son with a concussion when she got home. He had fallen from the top of a slide – a fairly high fall that you would think should have been immediately reported, especially since the next day he had a large bump and a big bruise on his forehead. How's it possible to hide that, or even miss it?

Terri
I think international schools for the most part in Egypt are horrible; they function as a money-grubbing businesses. Most school owners will do this at the expense of parents, staff and sadly, the students' education. After I signed a one-year contract, I discovered the real chairman of the school was living in Turkey while his family members made up the rest of the board. There was something fishy about the funding, and there was some talk about it supposedly being tied to the Muslim Brotherhood or some other extremist group. I mean, this isn't always the case, but this is how it was at my workplace. There are some exceptions out there, but these are few and far between in the ever-increasing number of international schools in Egypt. Something needs to be done to regulate and ensure the quality and authenticity of these schools.

Fiona
I'm from England, but never attended university – I worked straight out of high school. When I was on holiday in Sharm El Sheikh, I found out the owner of the hotel also has a school in Cairo. I was immediately offered a job to work in the school, which I accepted – I taught year ones without holding a degree, experience, or training. I made the decision to leave mid-year and go back to England, because I certainly wasn't a teacher, and mainly, because they failed to train me as they had promised. To sum up my experience: I was put in a room with children and without any help, resources, books, or supervision.

I taught at a well-established Islamic international school in Cairo. As praise from parents, students, and other teachers came to the ears of the administration, they decided to ask for more and more work at home. I worked from 6 AM to 1 AM on elaborate lessons with interactive Smart Board PowerPoints – inevitably, the Smart Board, computer, or sound system would not work and my presentations were tossed aside. During this time, I had four different co-teachers who quit after being burned out due to the administration's decision to assign them work in multiple classrooms. I decided to leave after a difficult week of the bus not coming to pick me up, my classroom being locked, and books being stolen from my classroom. Eventually, I scheduled a meeting with the chairwoman of the board to file my resignation – when the chairwoman's assistant called my cellphone to give me directions to a new office location, my senior and my administrator overheard the conversation, rushed to the lobby and yelled at me in both English and Arabic. They swore at me in front of the children – my senior grabbed my cellphone away from my ear, said I was "f***ing  rude," hung up the phone, and threw it at me! When the chairwoman finally met with me, she begged me to stay – I declined. Receiving the rest of my pay took about a week because I was denied entrance into the building. When I returned, I was asked to return all the classroom materials during the school day, in front of the children, making them ask me to stay while crying. In the end, I only received a portion of my salary because I threatened to expose their lack of visas and questionable finances to officials.

*In order to protect the interviewees’ privacy, names have been changed.