Two Muslim women were led off a JetBlue plane between Boston and Los Angeles for ‘staring’ at a flight attendant. 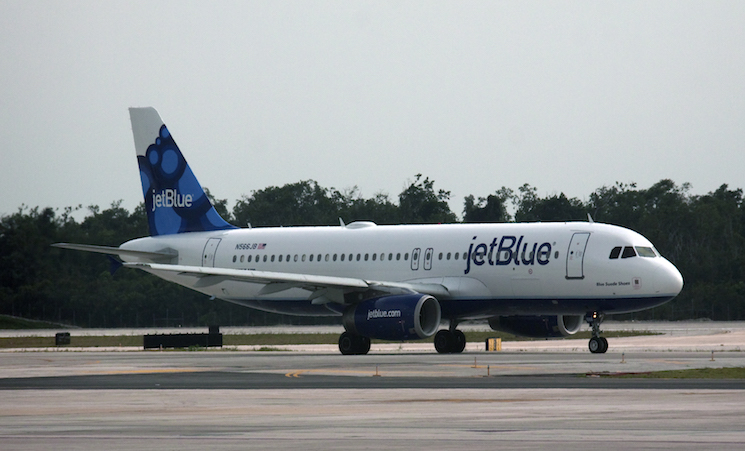 In what would have been a shocking but is now an all-too-familiar Islamophobic incident, two Muslim women were led off a passenger plane as a flight attendant did not like the way the women ‘stared’ at her, according to DailyMail. On Saturday, two Muslim women in hijabs onboard JetBlue Flight 487 between Boston and Los Angeles were escorted out of the airliner by police as one of the flight attendants was concerned about the way the two women were looking at her.

A video showing the two women being escorted out for questioning was posted on YouTube on Monday by Mark Frauenfelder, taken by his friend Sharon Kessler. In regards to the incident, Kessler told DailyMail that "it was a terrible moment — honestly — these women sat quietly, watched movies — it felt like an overkill from this flight attendant."

Frauenfelder added that, based on his conversation with Kessler, the flight attendant "casually relayed to a co-worker that she didn’t appreciate being stared at – she did not seem rattled or scared — just smug. Then, after we landed, she announced that the authorities would be boarding the plane and to remain in our seats with seat belts," according to the same source.

In response, the company denied that the incident was related to the passengers’ religion, according to Independent. The police added that the response was within standard security procedure and that the women were led out of the plane for filming "sensitive inflight activities."

According to the Mirror, the company made a statement that "if a crew member believes a customer may be filming safety procedures, the crew member may report it for further review. In this instance, our crew members acted in accordance with security procedures. We appreciate our customers’ patience and cooperation, and apologize for the inconvenience."