The Top 12 Drugs that Have Disappeared from Egypt’s Pharmacies

The treatment of life-threatening and chronic illnesses in Egypt has become a burdensome task, with the country's economic turbulence leaving many short on essential medications. Here are 12 of the most commonly sought after drugs that seem to have disappeared from our pharmacy shelves. 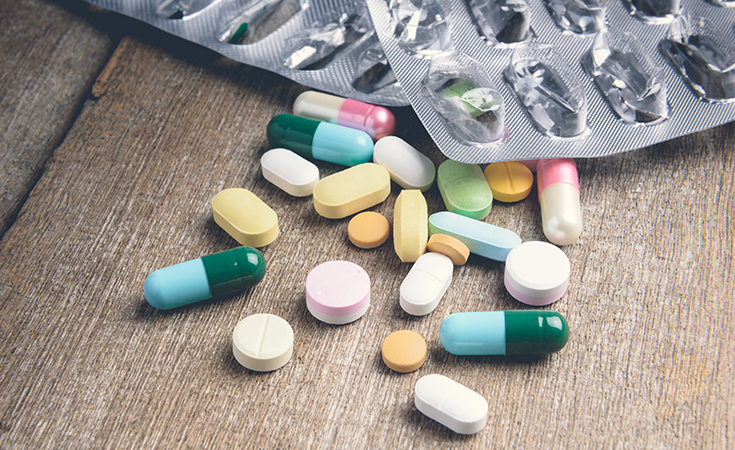 Drug shortages have been a running issue in Egypt as of late; in fact, the scarceness began in the first quarter of 2016 when the U.S dollar was in short supply. As a response, the Health Ministry increased the price of drugs that cost 30 LE or less by up to 20 percent. The peak of this crisis then emerged at the flotation of the Egyptian pound, which sought a ministerial decision to, yet again, increase the price of around 3,000 drugs. This is yet to come into effect, pending a review of the pharmacist's syndicate’s demands, who are asking the Health Ministry to increase pharmacy profit margins if drug prices do increase.

The syndicate's strike that will see the partial closure of pharmacies for six hours across two weeks, has also been postponed as they await a decision to be made by the Health Ministry.

When the Central Bank of Egypt decided to float the Egyptian pound last November, many industries in Egypt would inadvertently face the financial consequences that brewed, primarily from import efforts. The pharmaceutical industry was no exception to these consequences.

The country suffered – and continues to suffer - a critical shortage of many drugs and medicines that serve to cure life-threating conditions because, put simply, importing is expensive. “We get customers asking us for chemotherapy drugs and we have to turn them away because we haven’t received any. It’s devastating,” tells Ahmed Khaled, a practicing pharmacist.

Locally produced drugs are also in short supply because of their reliance on raw materials that incur heavy importing costs and customs issues.

Despite the burning flames in the background, the reality of the matter is that citizens are in dire need of vital medications that they cannot find. Pharmacies around the country have had to turn away hundreds of people because their required medication is unavailable.

After consulting with several pharmacies in the Downtown area and in Maadi, and after working closely with a licensed pharmacist, we compiled a list of the most sought after drugs that seem to have disappeared from pharmacies; all of which have no available alternative that can serve the same purpose.

According to the Health Minister, Ahmed Emad Al Din - who initially denied the country was suffering a shortage - there are 147 medicines in Egypt with no alternatives.

Below is the list of 12 of the most asked for drugs which are currently missing in pharmacies across Cairo, followed by a more detailed breakdown of the uses of each drug. Gynera and Yasmin are commonly used for birth control and are considered to be the most reliable oral contraceptives on the market. Cyclo-Progynova is mostly used to remedy irregular menstrual cycles. Mannitol is a crucial drip administered to patients suffering acute kidney failure. Kidney failure is a common occurrence within Egyptian society with Egypt ranking 12th in 2014 for number of deaths caused by kidney failure, according to World Health Rankings. Mannitol is also on the World Health Organisation’s list of essential medications required for basic human health.

Kidney Failure - Ketosteril (Sold for 2000 LE on the black market) Ketosteril is used to protect the kidney from further deterioration in patients with chronic kidney disease. It is the only oral form of medication available for kidney disease patients. Cerebrolysin is commonly used to prevent further brain damage in the event of cerebral strokes. It is also widely used to improve the cognitive brain function of patients with Alzheimer's. Somazina is used to reduce the rate of mortality and disability, also caused by cerebral strokes. Synacthen Depot is commonly used to treat severe inflammation in Ulcerative Colitis, a chronic condition that results in the inflammation of the colon. It stimulates the body to independently produce cortisone.

Methergine is issued to women who have exceeded their maximum pregnancy term and require medical assistance to give birth. When administered, Methergine artificially induces labour.