15 Egyptians Who Made it to Hollywood

It is everyone's dream at some point in life. Some don't make it, others do. Check out the 15 Egyptians who made it to Hollywood. 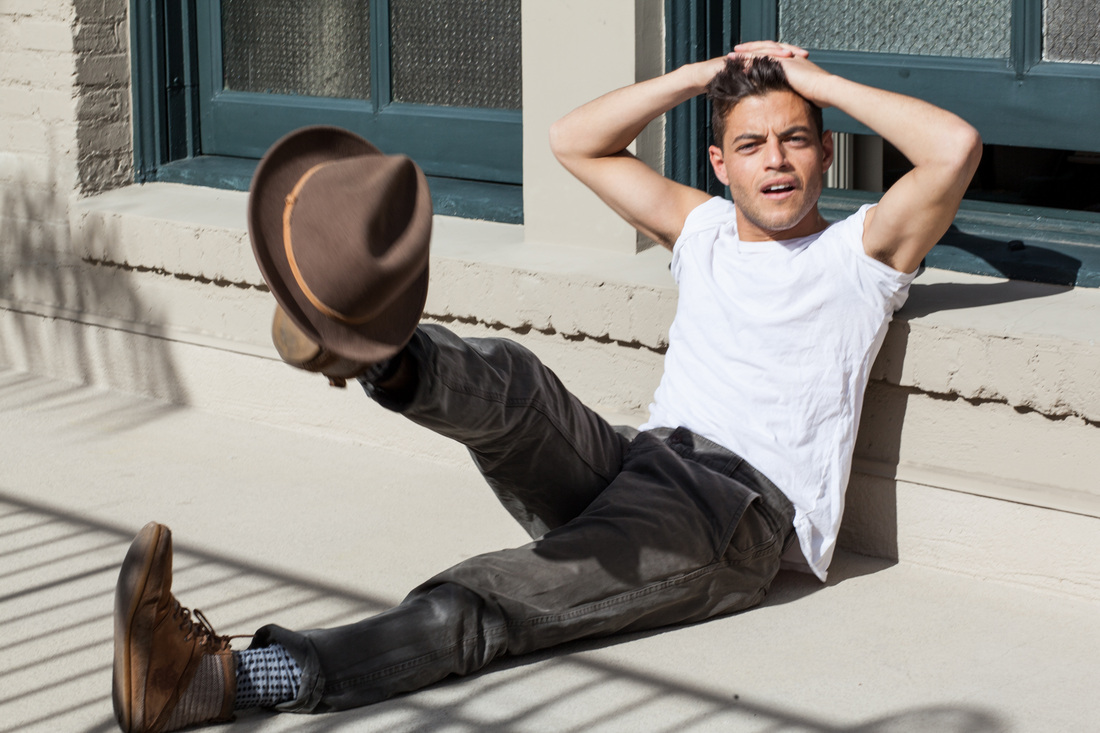 With everyone watching Mr. Robot at the moment and all eyes being on its sexy hunk of a specimen, Rami Malek, and fangirling over the fact that he's Egyptian - well, Egyptian descent - we've decided to scour the globe for other Egyptian individuals that have made it to Hollywood, other than the ever so famous Khaled Abul Naga, Amr Waked, Khaled El Nabawy, and the late Omar El Sharif.
Sayed Badreya Egyptian-American filmmaker and actor Sayed Badreya, who was actually born in Port Said, started his Hollywood career, fulfilling a childhood dream of his, by scoring roles in big screen films such as The Insider, Three Kings, and Independence Day.
Rami Malek Coming from  Egyptian descent, the familliar face of the gorgeous 34 year-old actor appeared in many movies, such as Night at The Museum, Need for Speed and Mr. Robot.
Mido Hamada Born in Cairo, Hamada and his family moved to Germany. He eventually graduated from t Oxford University of Drama, and made his way to Hollywood as an Egyptian-German actor who nabbed remarkable roles in popular TV series such as 24 and Homeland as well as movies including American Sniper and Unknown.
Wendie Malick With Egyptian grandparents, American-born Tv and screen actress Wendie Malik has made a name for herself in the American Film Industry, taking on roles in movies such as All these Years and shows like The Hills and Hot in Cleveland.
Sammy Sheik Born in Alexandria, Sheik left Egypt shortly after High School to study theatre in New York and slowly started to get out there on the cinema screen with roles in American Sniper and Lone Survivor. You also might recognize his face from beloved TV shows like Nikita and Homeland.
Omar Metwally American-born to an Egyptian father and Dutch mother, Metwally has been in famous cinematic works in Hollywood alongside Liam Neeson in Non-Stop and the Twilight Saga. The dashing talent has also been on Grey's Anatomy and Fringe.
Moe Michaels Moe Michaels, born Mohamed El-Emam in Cairo, started a name and a career in Hollywood by landing roles in the TV show Dawson's Creek and movies like, The Subsitute: Failure Is Not An Option and Good Neighbor.
Ahmed Ahmed Growing up in Riverside, California, Ahmed is an Egyptian born in Helwan, who became a Hollywood actor playing roles in Iron-man, and Swingers among many other cinematic works.
Sam Esmail Born to Greek parents in Cairo, Egypt, Proyas moved with his family to Australia afterwards and began making films at the age of ten. Now, he is a big filmmaker and producer in Hollywood with his hit-silver screen movie, I, Robot that starred Will Smith. Born in Cairo,Egypt, Fellowes is a writer and actor, best known for Downtown Abbey, The Tourist and Gosford Park. The son of an English diplomat, Nicholas Courtney was born in Cairo, Egypt. After spending his early years in Kenya and France, fulfilling his duty by the British Forces, he went to Drama school and later on became an actor. Famous works of his include, Dr. Who, Then Churchill Said To Me and Satellite City. The director was born to Armenian parents in Egypt and was raised in Western Canada. His works include The Captive, Remember and The Devil's Knot. The actor was born in Alexandria, Egypt and raised as a Christian Orthodox, and later on moved to the United States on his own, where he started working as a sushi chef. He taught himself English and studied electric engineering at University. He then pursued an acting career and appeared in many big shows and movies such as 27 dresses, Sex And The City and The Pink Panther 2. Hesham Soliman started his career in movie production in the late eighties, working with Youssef Chahine and gaining a lot of experience. He is famous for producing Exodus: Gods and Kings starring Christian Bale.