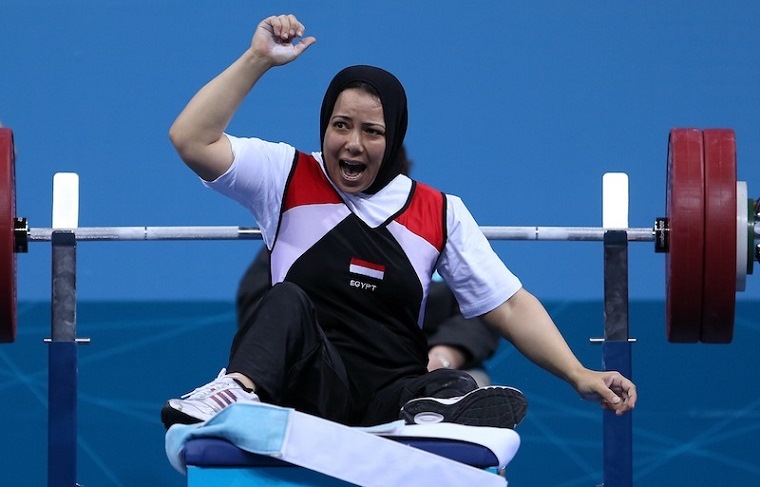 Egyptian weightlifter Fatma Omar scoops the World Weightlifting Cup for disabled athletes in Malaysia, reports Al Bawaba. The massive win qualified her for the 2016 Rio Summer Paralympics, which will take place from September 7th until the 18th. The athlete now ranks first internationally.

This won’t be the first time the athlete has competed at the Paralympics; the 43-year-old has four gold medals to her name. She was able to scoop the coveted accolades over the Summer Paralympics in 2000, 2004, 2008, and 2012.

Prior to her big win at the 2016 World Weightlifting Championship in Dubai this past January, Omar’s career came to a halt by the Egyptian Paralympics Committee for allegedly using illegal substances, a charge she was later cleared of following an investigation by Minister of Youth and Sports Khaled Abdel-Aziz.