It was Kurt Galalah's turn to soak up all sorts of cultures and genres as he headed to episode two of Cairo Jazz Club's massive El Fusion night this week. Here's what went down... 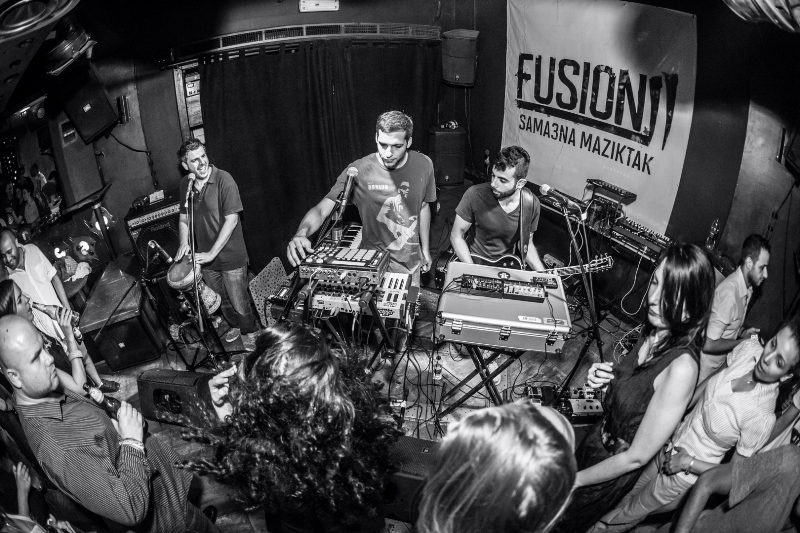 Another week, another El Fusion, another night of musical mayhem at CJC. Last week Sweden’s quirky Tarabband and our homegrown Wust El Balad took the stage (and my heart) with their explosive sets. This time it was Jordan’s eclectic 47SOUL’s turn and Oriental live House prodigies, Soopar Lox, to take on the stage (and hopefully my heart).

Three casually dressed men emerged from a side door and onto the stage. Without a word El Far3i - 47SOUL’s frontman - broke out into freestyle rap about political and cultural resistance which was very intense, serious, but also very touching. I thought chaos would spark, but instead the audience remained stationed, choosing to voice their appreciation with cheers and hollers. The venue started to feel small, the music got thicker and bodies packed as they instantly moved from Hip-Hop to Mijwez and Debka, to Rai and Afrobeat grooves and then Dubstep. That sounds impossible but that’s what exactly happened, you had to be there to believe it.

And of course, I couldn’t let Biko win the selfie challenge this week, so I went around everywhere asking everyone to take selfie with me, only I didn’t know I had to take the selfie myself (which I didn’t) and that it didn’t matter who took them, so I ended up not winning shit. *cough* I hate you, Biko! *cough*

Soopar Lox lit up the stage next with a new line-up, delivering their dance-y beats and catchy tunes by merging electronic sounds with live instruments and captivating vocals. Their brand of chattering Alt-Electro is frenzied and exciting, a blur of whipping hair and analogue keyboards that made everyone go fifty shades of cray.

Next Thursday, El Fusion comes back for round three inviting Tunisian songstress, Ghalia Benali, with her Neo-Tarab Arab Soul. She’ll be followed by local band Massar Egbari presenting their Egyptian alternative rock songs, infused with Jazz, blues and oriental melodies who we all know and love very much.

Book your spot at next week El Fusion using Tazkarty.net.