5 Eid Movies We Can't Wait For

Eid wouldn't be Eid without a healthy dose of slapstick comedy, over-the-top dramas and some Shaabi music infiltrating our screens... 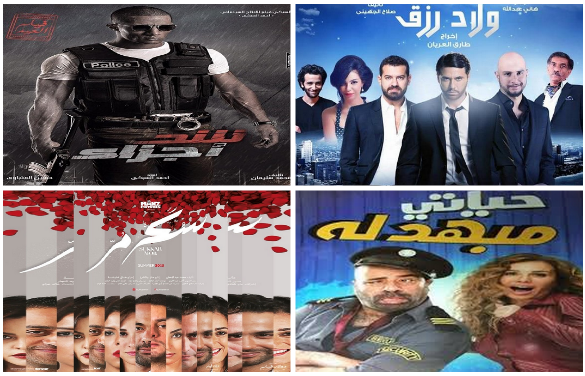 From movies that make you cringe from the over-acting and elaborate plots, to unnecessarily dramatic beginnings, middles and ends, Eid comes with the best of the worst of Egyptian cinema. And we can't get enough of it...

Starring Sobky’s prodigal son, Mohamed Ramadan, who is being groomed to be the next Egyptian Ahmed Sakka, this movie is all action. You have your car chase, man standing atop of a burning car, girls and guns, fire, explosions, garage chase, street chase, grocery chase and, of course, our action star lifting weights.

You guessed it, another Sobky one. With El Limby superstar and current king of slapstick, Mohamed Saad, starring a man who is possessed by a cat lady who marries Nicole Saba, the movie is a farce; there is no point beating round the bush about it. There will also be belly dancers.

You know what we love about Eid movie trailers? The that fact you might as well have watched the whole move. This one's is about boys and their toys. A sort of Son’s of Anarchy type thing with a group of four guys who are super cool living the thug life with actor Ahmed Ezz as the leader of the pack.

Another movie that steals western songs for its soundtrack...tsk tsk. Sobky...strikes...again. The movie is about drugs, corrupt money and baes.