A Brand New Luxury Cinema Just Opened in Cairo, and it is Epic

Launching their first phase during Eid, the Galaxy Cineplex in Cairo Festival City is destined to be the largest in Egypt – bigger, fancier, geekier, and just damn epic. 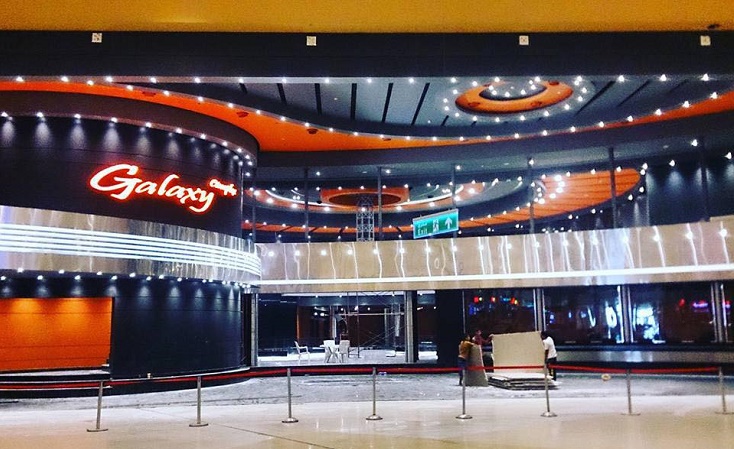 Living in New Cairo keeps getting better as almost every week something new and exciting opens up. The latest opening that will have people reconsidering where they live is the gigantic Galaxy Cineplex that opened in Cairo Festival City Mall this month.

Launching their first phase during Eid, the Galaxy Cineplex is already operational, but when the unveiling of the second phase will contain a whopping 20 screens including 4 VIP La-Z-Boy halls. The massive number of screens will give this cinema a competitive advantage as they plan to ensure that the hottest Hollywood, Arabic, and even Bollywood films will be regularly available.

Promising a top notch experience, this cinema will also incorporate the latest technology and is the only cinema in the country that will have a Barco Escape hall. The Barco Escape will totally change the way we think about going to the cinema; instead of watching a movie on one screen, the Barco Escape hall will have three, with screens on both sides of the hall leaving audiences feeling like they are right in the middle of the action.

Equipped with 2933 seats and an additional 144 VIP seats, this cinema is shaping to be the largest, and its size will definitely come in handy for those who hate going to the cinema only to find that their movie is sold out.

To find out what’s currently playing, head to our cinema section.

Egyptian visitors will be able to get free guided tours of the Egyptian Museum all [...]
Week Month Year