The concrete can be used on sidewalks to light up roads to keep drivers safe, while cutting down on energy costs of street lamps. 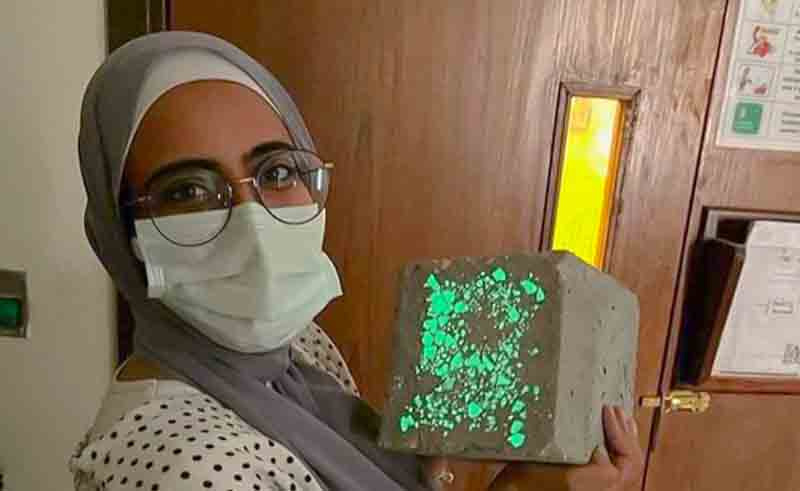 Four genius students studying Construction Engineering at the American University in Cairo came up with a unique idea for their graduation project: creating self-luminous concrete that charges up during the day by absorbing sunlight, and then glows brightly during the night.

“The utilisation of this material in Egypt in such a context will reduce heavy reliance on electricity,” says Zainab Mahmoud, one of the team members of the project. “And accordingly it will be an active step towards fighting climate change and saving the environment, which is one of the main goals of COP27 that Egypt will be hosting this year.”

The concrete can be used on sidewalks to light up roads to keep drivers safe, while cutting down on energy costs of street lamps. The material can also be incorporated to light up highways and bike paths, as a much more sustainable and environmentally-friendly alternative to electricity

The concrete would still need more experiments before it can officially be used in our streets, but until then it definitely sheds a light on the possibilities of Egyptian innovation in the fight against climate change.