We catch up with Student DJ Program finalists Aguizi & Fahim and Karim Moursi ahead of their knock-out round at the decks tomorrow night and let you decide who has the better answers... 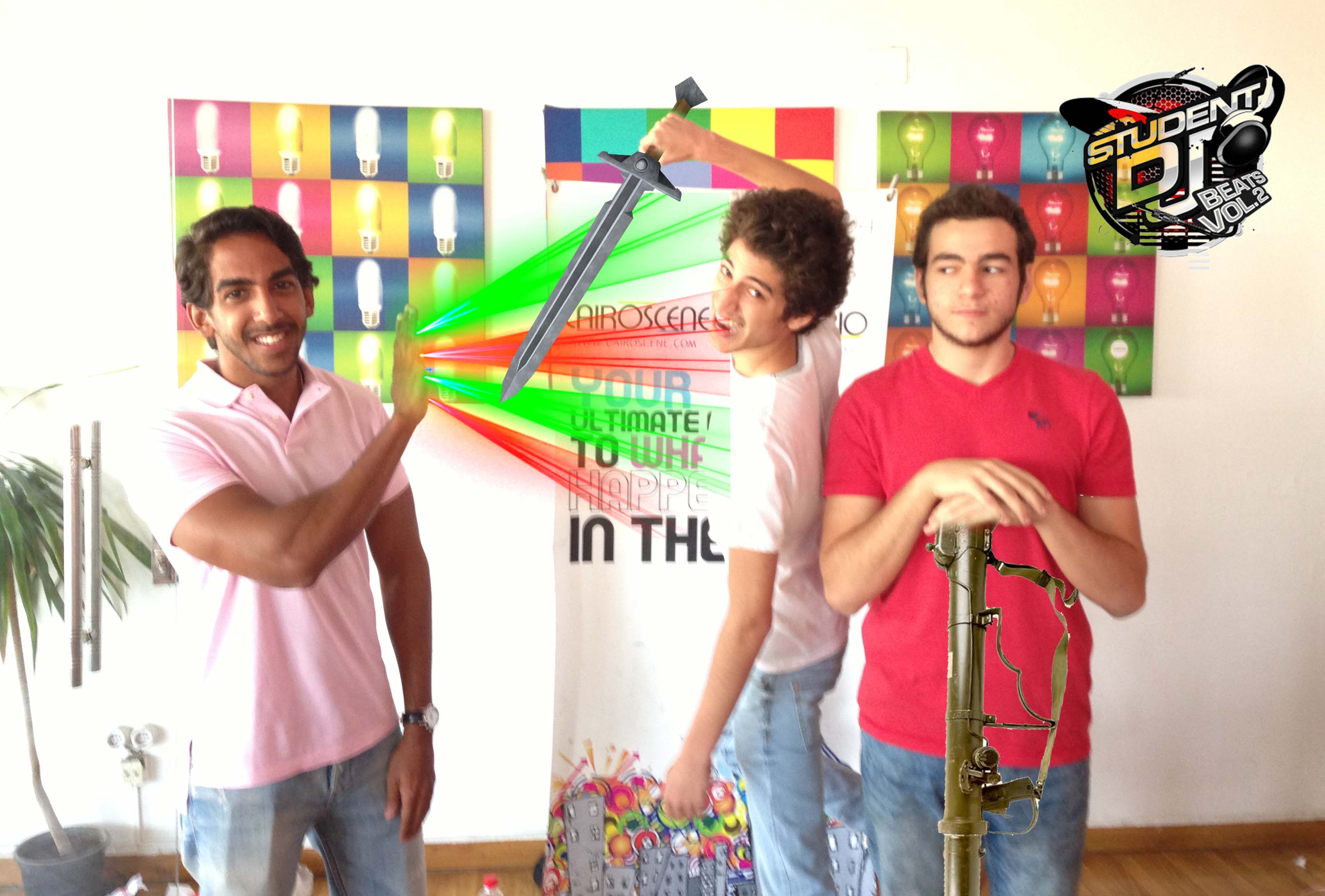 Tomorrow, (Youssef) Aguizi & (Yehia) Fahim go head-to-head with Karim Moursi for the fourth knock-out round in the Student DJ Program contest. They’ll have big boots to fill after DJ Moneim Hafez and German House Duo Robosonic kick the night off with slick beats and heart-pumping melodies, setting the stage for the musical match that is to determine which DJ(s) are to move forward in the competition. We got the budding DJs together to warm up their competitiveness with our quick-fire questions, but before we get on to that, let’s introduce the contenders:

Wunderkinds Youssef Aguizi  and Yehia Fahim have their sights set on the domination of Egypt’s DJing seen, and, at the tender age of 18, they’re well on their way. The recent high-school graduates have been friends for years, and both found themselves on the same path of musical discovery, at the same time. “I had no idea what House music really was until I saw David Guetta live in Sharm El Sheikh, in 2007. The  way he connected with the crowd, and how his music influenced them  really got me interested,” Aguizi remembers, adding that he no longer likes Guetta’s sound. He began his research into the deep, dark world of DJing immediately and around the same time, Fahim had started dabbling with basic music production software, introduced to him by his uncle who was also a budding musician. “I started playing around with non-original melodies before I met Aguizi at school. When I found out he produces too, we started working together. We complete each other when it comes to music,” he explains. Having already secured gigs at the likes of Amici, Risas and Club 35, the duo are well on their way to stardom. Aguizi has even released tracks with prestigious labels Tonic B7 Records and Digital Vinyl Records, while, as a duo, they’re about to release another track on Detox Records, later this year. They’re not letting on to whether or not we’ll get to hear their own productions at the Student DJ Program Round Four, but we sure hope so. With some tricks up their sleeves, they promise to put on quite the performance: “You’ll see what we mean at the gig. It’ll be something you’ve never seen before,” Aguizi says with a smile.

Experimenting with Virtual DJ in his mid-teens, Karim Moursi quickly found an affinity for spinning, splicing and getting the party started, getting his own set of decks at age 16. “I learned how to mix by watching YouTube tutorials, and began getting experience playing at house parties,” he explains. His friends played a big role in his pursuit of his newfound passion, and he’s been playing for them ever since. “I love music, and it’s been House music from the beginning,” he explains. The recent MSA Management graduate loves to see his audience up on their feet and dancing,  and prides himself on being able to strike the balance between commercial party-starters and his own unique blend of Progressive and Tech mixes. “I love Samba & Fahmy – the way they’re in touch with the crowd and the uplifting sets the put out,” he says of his inspiration, though he explains that his dream collaboration would be with Colombian legend Erick Morillo. “You’re going to dance like crazy when I’m at the decks tomorrow. I promise,” he says rather bravely.

OK, got it? Now let the games begin:

Aguizi & Fahim: Both our mothers supported us.

Karim: She was angry at first, then supportive when I first got my decks and showed her I was serious.

Aguzi: A lion, because he’s terrifying.

Fahim: Giraffe, so I can get on top of it.

Karim: A monkey because he’d go crazy on the decks.

Karim: I love music, fame and bitches. No orangutans.

Karim: I just can’t choose one!

Aguizi & Fahim: Let’s just say that the mixer won’t be in one piece when we’re done!

See Aguizi & Fahim and Karim Moursi go head to head at Fairmont Nile City from 10.30pm. Make your reservation here. Keep up to date with everything from the Student DJ Program on their Facebook page here and follow @StudentDJProg. 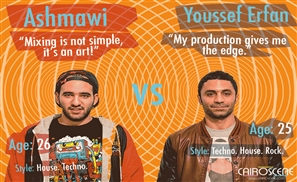 We put Joey and Ashmawi head-to-head before their big battle, taking place at the [...] 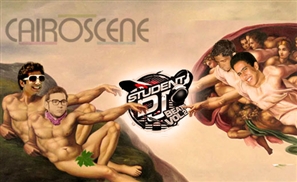 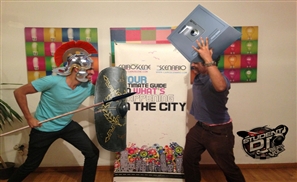 We catch up with Student DJ Program finalists Yousef Niazi & Seif Bibars ahead of [...] 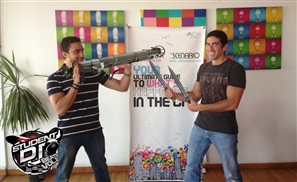 We catch up with Student DJ Program finalists Karim Diwan and Saleh Amin ahead of [...]
Week Month Year