Al-Azhar University’s ‘Chito-Shrimp’ is a social enterprise which has broken bounds with its sustainable project, re-purposing shrimp shells to benefit over 250,000 Egyptians and fishermen. 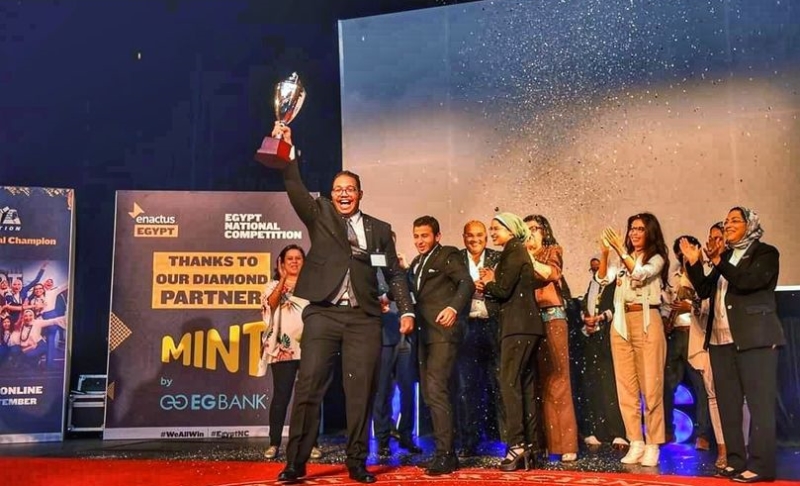 Al-Azhar University's team has just won the Enactus World Cup 2020, an annual competition dedicated to sustainability while showing how business can be used as a force for good, bringing home a USD 50,000 prize, and they did it all with... shrimp! Not even the full shrimp, but with thousands of those shrimp shells we all tend to disembowel in our quest for those delicious, delicious innards. Using their social enterprise ‘Chito-Shrimp’ (sponsored by Orascom Development), Al-Azhar's Enactus team tackled Egypt’s issue of shrimp farming head-on and figured out a way to repurpose shrimp shells to indirectly benefit over 250,000 Egyptians and directly benefitted 8,500. So, how does that work?

Let's bring it back to Lake Qaroun – one of the oldest national lakes in the world – which used to contribute up to 55% of Egypt’s shrimp production, making it an important source of income for thousands of fisherman, and a source of irrigation for surrounding agricultural land. In 2010, the lake’s productivity decreased to only 10% because of  water pollution, leaving more than 4,000 fisherman unemployed, 1,400 farmers to be unemployed and over 800 women living below the poverty line.

That’s where Chito-Shrimp came in. With the help of project partners like Kellog’s, Orascom and Al-Azhar University, the team was able to take several steps like establishing 100 spice production units to produce organic spices from shrimp, making organic fertilizers from shrimp waste, and recycling a whole 53 tonnes of the little things. The team also established eight educational hubs to teach fishermen how to cultivate shrimp, created 20 shrimp farms, partnered with Kellogg’s for national and global distribution of the spices, and teamed up with Belgium's ‘HandInHand’ to export the fertilizer. The team also invented a mask with the shells' chitosan nanoparticles to protect around 5,000 doctors and nurses from COVID-19.

To learn more about Chito-Shrimp and the incredible things they do, head tinyurl.com/chitoshrimp