The meeting confirmed their dedication to the Document on Human Fraternity for World Peace and Living Together, signed last February. 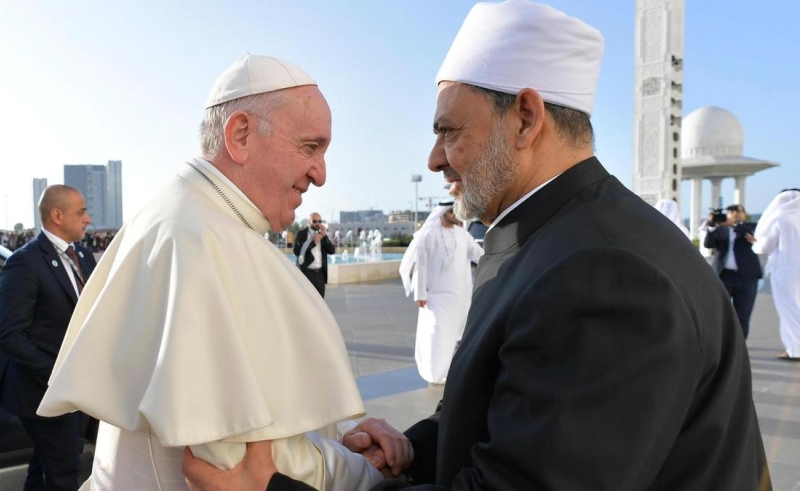 Grand Imam of Al-Azhar Ahmed Al-Tayeb met with Pope Francis at the Vatican this Friday. The purpose of the meeting was to discuss how to move forward with the agenda set between them in the Document on Human Fraternity for World Peace and Living Together, which they signed last February.

The document, which was signed in Abu Dhabi, condemned "acts of murder, exile, terrorism and oppression" in God's name. The meeting was said to confirm the objectives set within the document, as well as the "sincere brotherhood" which allowed the joint declaration to come into being.

According to a statement from the Vatican, they also discussed how to ensure the protection of minors from dangerous influences that they may come across in the digital realm.

In addition to the Grand Imam of Al-Azhar, Pope Francis received Mahmoud Samy, the Ambassador of the Republic of Egypt to the Holy See, as well as Saif bin Zayed Al Nahyan, the Deputy Prime Minister of the United Arab Emirates.