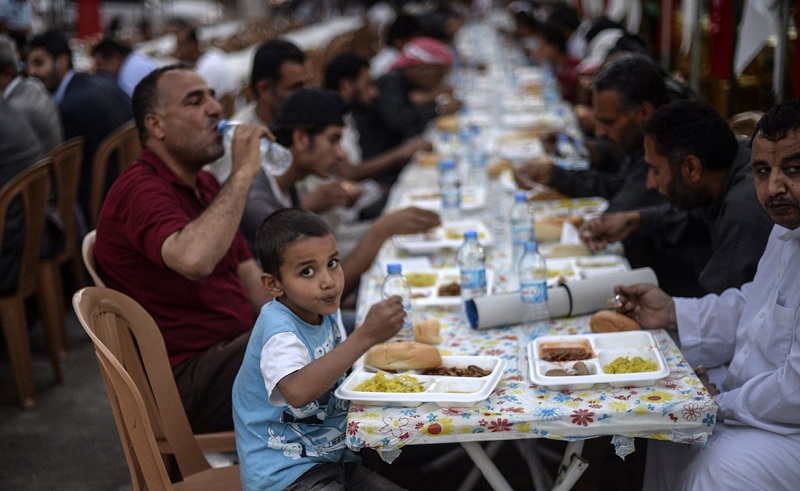 According to reports by Egypt Independent, the government has issued a new set of regulations to monitor the installation of Maa’dat Al Rahman, or 'Mercy Tables' in English.

Mercy tables are a common sight across Egypt during the month of Ramadan, as they provide free meals for poorer citizens (or those caught outside at the time) to break their fast with. The new regulations are the first of their kind in Egypt’s history and may place a burden on those who wish to help the less fortunate.

Al-Watan have reported that the stipulations will require that those who intend on setting up a mercy table must obtain a stamped request from the relevant local councils, and agree to cooperate with them in cleaning up any litter produced by the occasion. The organiser must also confirm that their table will be set up on a pavement and not interfere with the flow of traffic. A further approval must also be obtained from the Civil Protection Services to secure the surrounding area in case of emergencies.

Additionally, inspectors will be sent to patrol the Mercy Tables to ensure that all food health and safety standards are adhered to.

The new regulations have come under fierce criticism from prominent TV anchor Amr Adib, who has criticised them for being difficult to enforce effectively. He has anticipated that most people won’t even bother to abide by them. On his programme on Monday night, he asked, “what kind of decision is this? Is the country so perfectly regulated that the only missing reform is regulations for Mercy Tables?”

Adib has called on the government’s officials to go easier on the poor, many of whom depend entirely on these charitable offerings for their iftar. Minister of Local Development Hisham ElSherif has allegedly requested the country’s governors to ease the procedures of obtaining the permits without compromising on hygiene and safety laws.