The telecommunications giant has edited Warda out of the campaign's latest ads. 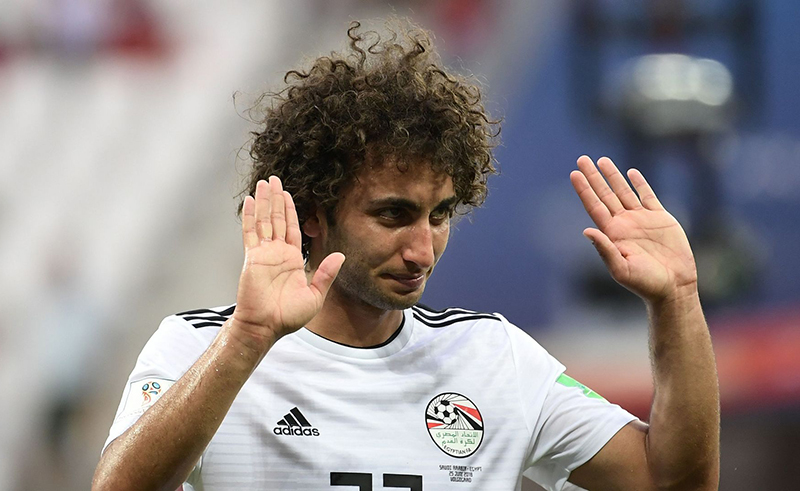 On Sunday 30th of June, Orange Egypt rolled out the second ad from its AFCON 19 campaign, Ehna As-Haab El Betoloa, three weeks after the first ad, which features players Mahmoud Hassan 'Trézéguet', Tarek Hamed and, of course, Amr Warda. But viewers noticed a major difference in the latest commercial. Warda, in the midst of a sexual harassment scandal that has been debated at length up and down the country, has been excluded, as the below screenshots show.

The topic of Warda-gate came to light when screenshots of conversations between the Alexandria native and two models - Giovanna Val of Mexico and British-Egyptian Merhan Keller - surfaced online, revealing aggressive, borderline abusive, advances towards both women. This was quickly followed by the surfacing of an explicit video of Warda.

Initially banished from the squad by the Egyptian FA, everyone from teammate, Mohamed Salah, to music legend, Amr Diab, came out in support of Warda, to the exasperation of many, who were quick to point out that Warda has a history of sexual harassment accusations. Warda himself then released a video statement via Twitter, in which many pointed out that he had apologised to teammates and fans for the 'mistakes he made', but not to the two women in question, who have been accused of seeking fame and attention from a player who has failed to make any sort of impact during an objectively mediocre four-year stint in Greece's Superleague and for the Egyptian national team.

Just two days after his initial suspension, the Egyptian FA reinstated him to the squad, causing huge backlash up and down the country. The topic has divided opinion in Egypt, while also bringing the topics of sexual harassment and the cult of celebrity to light. While some may look at Orange Egypt's decision to exclude Warda from the rest of the campaign as simple PR crisis management, others have praised the move as a statement that few Egypt-based commercial institutions would make.