Evidence shows that once again Ancient Egyptians were at the forefront of invention, this time, with hair extensions! 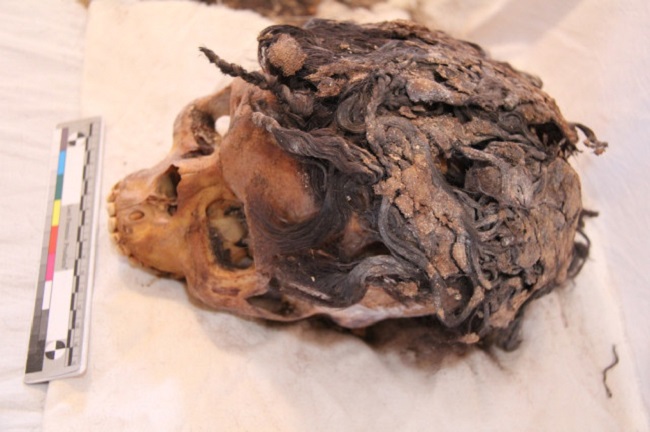 If you’re trying to convince mama to pay for your new hair extensions, then you’re in luck, because there is now evidence of a Pharaonic justification for your potential enhanced locks. Archaeologists working on the Amarna Project have discovered evidence of ancient hair extensions in the form of an un-mummified skull, with what appears to be "a very complex coiffure with approximately 70 extensions fastened in different layers and heights on the head," according to Jolanda Bos.

The stylish find was discovered in the ancient capital city of Egypt that was built for the pharaoh Akhenaton. Bos said, "The hair was most likely styled after death, before a person was buried. It is also likely, however, that these hairstyles were used in everyday life as well, and that the people in Amarna used hair extensions in their daily life." There were also multiple other skulls found with extensions of varying colours, implying that the hair was taken from multiple donors.

This leaves us wondering; what other stylish accents were the ancients using in the past? Did Cleopatra dip-dye? Did Tutankhamen have frosted tips? One can only wonder...