The papyrus appears to depict a love spell, according to Korshi Dosoo, a lecturer from the University of Strasbourg in France. 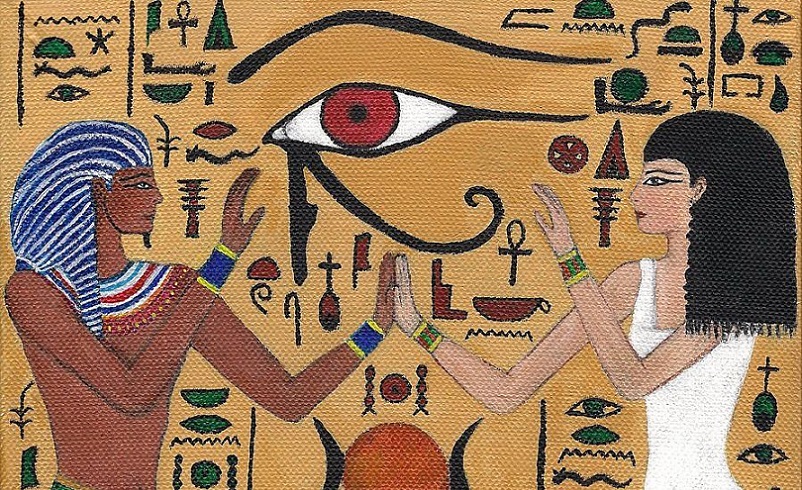 At the Macquarie University, located in Australia, there lies one of the many ancient Egyptian artefacts which were once looted or stolen from archaeological sites after 1972. This artefact is a mysterious sheet of papyrus, with lettering that doesn’t look so hieroglyphic, and a drawing of two “love birds" connected at the groin by what could be… well, a chain, or a penis.

Korshi Dosoo, a university lecturer in France, recently published a research paper in the Journal of Coptic Studies describing his empirical findings about the meaning behind the words and the drawings. He studied the broken text on the ancient Egyptian paper, and said that he thinks it could have something to do with love.

“Christian literary texts from Egypt which mention love spells often imply that the problem is not that the woman doesn’t love the man per se, but that he does not have access to her, because she is a young unmarried girl protected and secluded by her family, or already married to someone else,” Dosoo reportedly said in an interview with Live Science.

The papyrus appears to be 1,300 years old, according to Dosoo, a time when Coptic Christianity was at full swing in Egypt. The “magical spell” is written in the Coptic language above and below the birds, which are encompassed by a long pair of arms – similar to how Nut, the Sky goddess, is depicted in ancient Egyptian images. The fragments of words have been deciphered to read “I call upon you … who is Christ the god of Israel … you will dissolve … every child of Adam.” The text also proceeds to mention Ahitophel, a man from the Hebrew Bible who is known to have deceived King David.