And They Say Chivalry is Dead

Male students at Al-Azhar are campaigning to physically replace their female counterparts in prison. 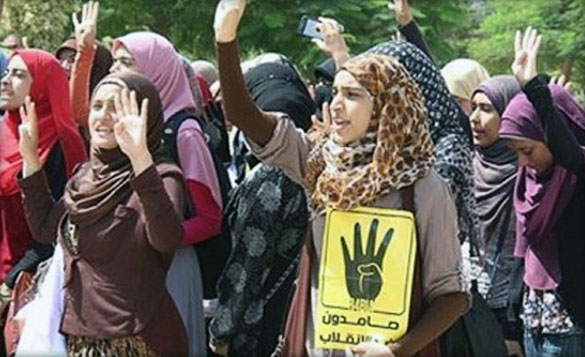 Al-Azhar University male students have launched a chivalrous campaign calling to physically replace female colleagues detained in Egyptian prisons. The 'Detain Us and Release Them' effort is designed to secure the release of female protestors in exchange for their male counterparts.

The group claims said eight female activists were forced to undergo virginity tests and 35 were forced to take pregnancy tests while in custody following demonstrations at the Islamic university. The statement added: "Detained Al-Azhar female students have also been abused at police stations and camps, by being beaten, verbally insulted and searched in a way that borders sexual harassment."

Sumaya Ramadan was sentenced to a year and a half in prison and is serving the term in Qanater prison, according to the group. Meanwhile, five other students were sentenced in absentia.

The campaign is cute - but we can't help but wonder whether the cuddly men at the top will feel the same.