Buzzfeed and The Guardian have teamed up to name the most influential movers and shakers in the digital world, including three Arabs in their top 10. Find out who made it... 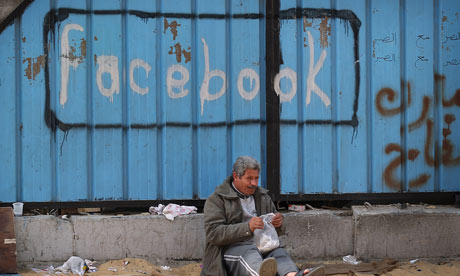 Arabs have had to live a long history under the shroud of censorship, however that all changed with rise of digital media. With various social media platforms, Arabs have proudly spoken up, fearlessly exposing the wrongs of society. Recently, The Guardian and Buzzfeed joined forces to decide who are the biggest young names in digital media. Amazingly, the list is very diverse with three Arabs breaking into the top 10 and making the Middle East proud.

Ranked 7th on the list, the first Arab to appear in the top 10, is none other than photojournalist, Mosa'ab Elshamy, who is based in Cairo. Elshamy is best known for his photo of two Brotherhood supporters carrying the body of a man shot in the head, among other revolutionary pictures. From the front lines of Egypt's revolution, and at the young age of 23, Elshamy has been able to amass 36k followers on Twitter, and has had his work featured in Time Magazine, the Economist, Foreign Policy magazine, and Al-Jazeera English.

Ranked 3rd on the list is 24-year-old hijabista, Dina Torkia, or better known to her 181k Instagram, 80k YouTube, 26k Twitter followers as Dina Toki-O. This half-British and half-Egyptian, raised in Cardiff, has a quickly become a fashion video blogger, designer and a hijab wearing icon with an international fan base that reaches as far as Canada and Indonesia, by making the hijab a stylish accessory rather than a religious burden. Her star is set to only shine brighter as she is currently working on a range of ready-to-wear designs, which her fans anxiously await.

At the top of the list is Farea Al-Muslimi. This 24-year-old Yemeni journalist has only a mere 7k followers on Twitter, however ranks first for the impact he has made with his journalistic work exposing the realities of rural Yemen, highlighting the devastating impact U.S drone strikes have had on his home. Somehow, this son of a farmer from a poor Yemeni village, found himself in front of the U.S senate judiciary committee in April last year, to testify that negative effects that drone have caused among his countrymen. "What our violent militants had failed to achieve, one drone strike accomplished in an instant," he told the senators. To watch his amazing testimony click here.