There's a big bash coming to town next week, as the two Italian spinning stallions join forces behind the decks, alongside local DJs Aguizi & Fahim, for a huge night at Omar Khayyam boat this March 12th. 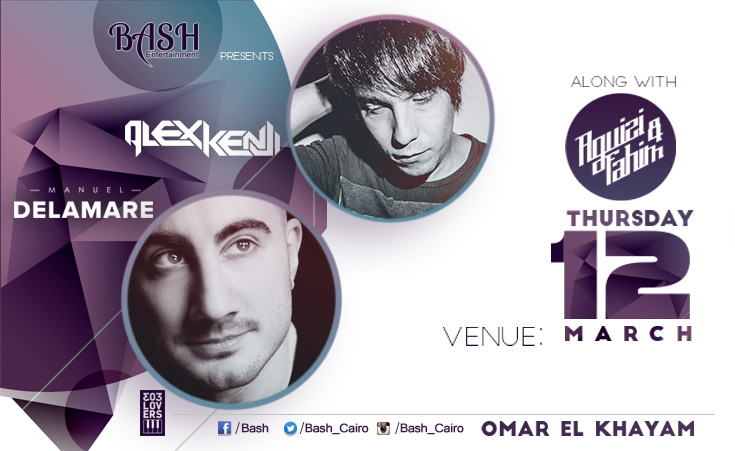 Sat at home on a Thursday night? One must go out, don't put up a fight... just have a quick bite and take flight. But with so many options which one is right? DJs here, there and everywhere. But alas, there's only one Manual de la Mere. His name is of the sea, and he's flying over for one big party! He's not alone on this quest, he'll be joined by Il Fenomeno... Alex Kenji.

The two Italian spinners are founders of 303Lovers Label, who play the kind of Deep and Tech-House that'll have you dancing on tables. Organised by new kids on the block, Bash Entertainment, this won't be just another fest du cock. Taking place on the 12th of March at Omar Khayyam, joining them will be Egypt's best DJ duo Aguizi & Fahim, who'll have you'll up and moving, untill the early A.M. So if you want to reserve don't hesitate, just call 01223222768