How Do People React When a Dog is Being Abused?

For one of a series of a videos in their Be Positive campaign, Etisalat hides a camera and tests people's reactions when they think a dog is being beaten up. Watch what happens. 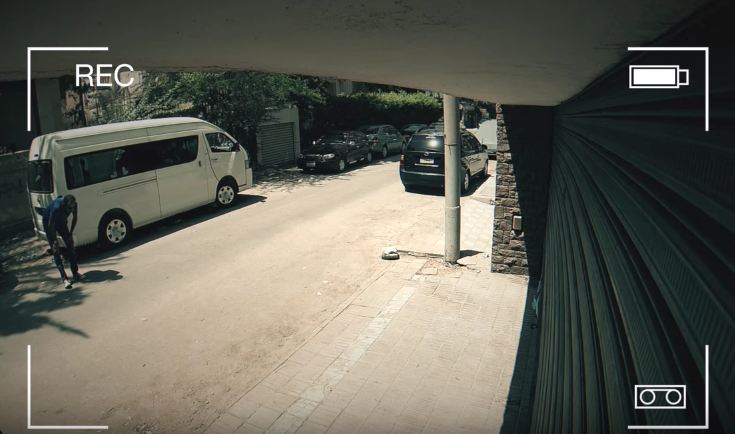 The most refreshing find on our newsfeeds today was the Etisalat Misr Be Positive campaign's latest video. In a candid camera style video series, Etisalat's campaign puts everyday average people in the street in different scenarios, in hopes of finding a positive person. This time the company hired actors to play the roles of a dog owner torturing his dog behind garage doors and the person standing outside telling people passing by that there’s person torturing a dog inside and that he shouldn’t be doing this.

Of course there’s no real dog, and no actual torturing going on, however through the slightly ajar garage door, speakers playing voice samples of a dog being tortured are blasting through the door. Much to our dismay a lot of people passing by didn’t really care much, as if everyday life in Egypt has stripped them of everything that makes them human, even the very basic sympathy towards a poor helpless creature.

The video proceeded with many people continuing to walk past the blaring speakers of an animal being tortured, with some pretending to not hear it, others not even blinking an eye, continuing to speak on their phones, while a few even smiled as they walked past the obviously in pain sounds of an animal and the hired actor trying to grab their attention towards the act.

It wasn’t until the last person walked by, a short man with a giant heart, that our faith in humanity, especially here in Egypt, was restored. This sweet gentle person, despite his size and being warned that a vicious man was inside with a possibly violent dog, still went ahead and confronted the big buff guy, asking him “Do you want to kill the dog? Then let me have it.” The other man answers, “If you want it go ahead and be ready to handle the consequences,” and sure enough our hero of the day went ahead and squeezed under the garage door, only to find a teddy bear there. They share a laugh realising it was a practical joke, but little did he know Etisalat had something else in mind. As soon as the garage door opens, our hero Mohamed Osama realises that he’s being celebrated with a sweet 5k monetary prize, and a lifetime of respect from us and everyone who saw the video.

Check the video out below.