Zahi Hawass ruffles his feathers of arrogance once more, this time kicking Beyoncé off his tour of the Pyramids. 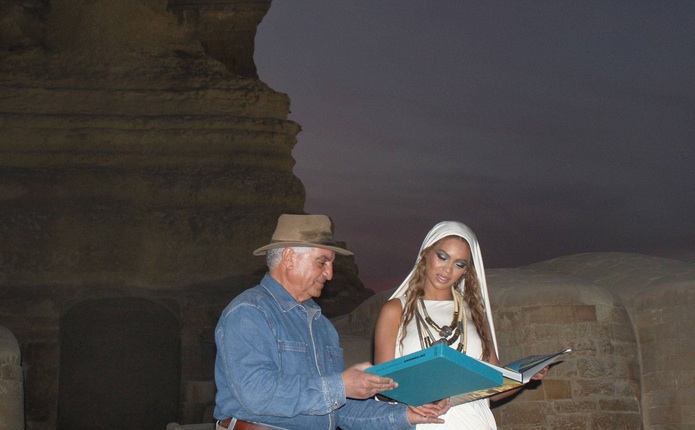 Zahi Hawass, never one to shy away from controversy, not least because he is the living and breathing epitome of Pharonic egotism, is back in the headlines once again for banning Beyoncé from his tour of the Pyramids. It seems Beyoncé was just a tad too bootilicious   disrespectful for the infamous archeologist who is already at the center of corruption allegations over his work for National Geographic.  According to the Independent UK, Zahi Hawass lambasted the pop star’s behaviour when she turned up late to his tour “'You have to say I'm sorry I'm late'. But she didn't open her mouth. I brought a photographer and she also had a photographer and a guard. When my photographer started to shoot, he said 'No, Stop! I am the one who says yes or no, not you.' I said 'In that case since you almost hit my photographer and you are not polite - out! I am not giving you the privilege of having you on my tour.' I said Beyoncé was stupid and I left," Said Hawass.

The whole situation seems a bit ridiculous, but even if Beyoncé was being a Queen Bitch, having major celebrities banned from our big triangles can’t be good for tourism. If she managed to have someone put a ring on it, perhaps Hawass should have had someone put a sock in it.

Egypt won the rights to host the international event for the second time since [...]
Week Month Year