Football legend and all-round hottie, David Beckham, is the latest in a slew of stars to show their support for the displaced children of Syria. 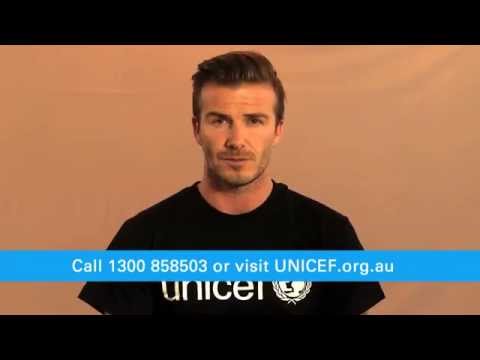 The latest in a string of celebrities, including iconic street artist Banksy, to show their support for Syria, David Beckham, football god, Greek god, and all around gorgeous creature (and a UNICEF Goodwill Ambassador, bless 'im), has joined the movement to end violence against the #ChildrenofSyria with his very own UNICEF video. In commemoration of the third anniversary (though we feel the word anniversary suggests a more cheery situation than the one at hand) of the ongoing conflict in Syria, he is urging people to support the children of Syria, who've basically been caught in the crossfire of a horrific situation through no fault of their own. They've just had the misfortune of growing up in the wrong place at the wrong time. Beckham and his beautiful face and body, are urging that "this generation of Syrian children are not forgotten," and help out as UNICEF is provides children in Syria and refugees in neighbouring countries, with much-needed essentials such as safe drinking water, education, and vaccines.