The Virgin magnate has announced that a galactic port could be ready in Abu Dhabi within two years. 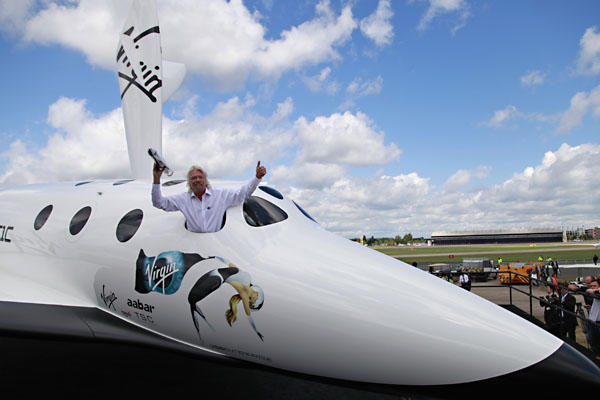 British business tycoon Sir Richard Branson is getting ready for lift-off, as he plans on launching the Middle East's first space port. Branson, 63, is set to create the region's first alien magnet within two years. The Virgin Group owner is said to be in discussion with a number of Abu Dhabi investors in a move which could see the plan to turn Abu Dhabi into the Midan Ramsis of space travel within months.

Speaking in Dubai, Branson said: “We are talking to Abu Dhabi investors with a view to creating a new kind of company, to attract new people into the leisure business. “It’s all very exciting on a number of levels. We can have people in space, we can put a whole array of satellites in space, which would have a big effect on global telecommunications. I hope we’ll have a space hub in Abu Dhabi in a couple of years.”

Stephen Attenborough, Virgin Galactic’s commercial director, said a spaceport in the Emirate was “very much part of the vision.” He added: “Although plans for a Virgin Galactic operation from an Abu Dhabi spaceport have been under consideration for some time, it has always been the case that Virgin Galactic, along with its partners, will need to take a number of steps before any firm announcements can be made."

Yeah, we're sure it won't be THAT exciting. We're not jealous, honest.