Breaking: 14 Dead and Injured in Attack on Bus Carrying Copts in Minya

The latest in a series of bloody attacks on the governorate copts over the past few years. 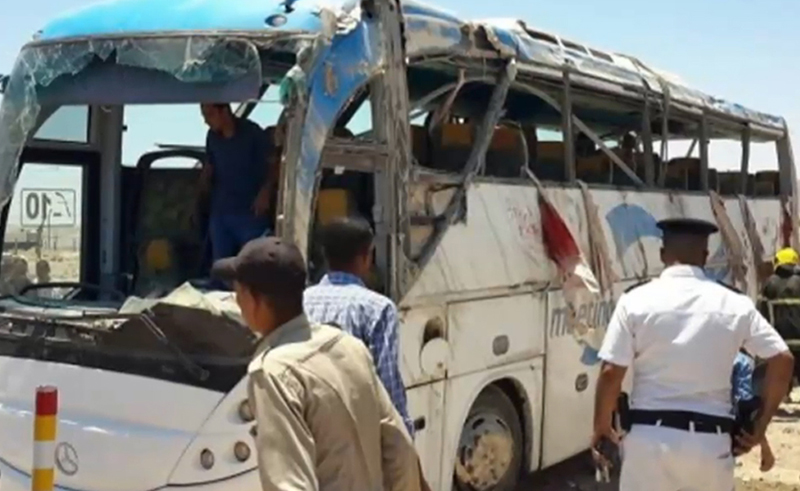 Egyptian state television, as well as Reuters and BBC, reported news of a terrorist attack on Minya's copts early today, stating that at least seven are dead and seven injured as a result of the attack on a bus carrying them towards the Monastery of Saint Samuel the Confessor in the Upper Egypt city.

According to Ahram, security forces are now hunting for the unknown attackers. No terrorist group has claimed responsibility yet. It's worth noting that another bus carrying copts was attacked in the same area last year, resulting in several deaths and injuries.

Minya is a hotspot of religious tensions in Egypt, with many of the governorate's copts having to endure constant harassment and attacks on their churches and homes.

We extend our condolences to the families of those who passed or were injured today as a result of blind intolerance and extremism, we pray for Minya's copt to soon hopefully get to live in peace.