British Airways feels the wrath of a Twitter-savvy businessman proving that not only do they lose luggage, but suck at social media too. 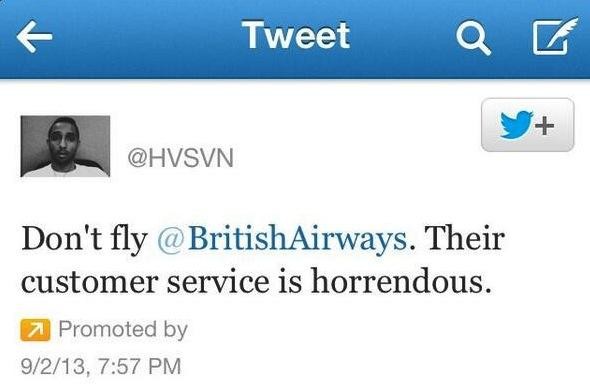 Tired of being screwed around by British Airways' handling of his lost bags, a man decided to take on the travel giants by complaining on Twitter. But instead of typing a normal tweet, businessman Hasan Syed decided to pay for a promoted tweet which was targeted to appear to all of British Airways' followers.

The promoted tweet bought by Mr. Syed reads: “Don't fly @BritishAirways. Their customer service is horrendous.” The paid for tweet was given higher prominence on Twitter feeds and allowed others to retweet the message.

Six hours after the tweet went live, it was picked up by news websites, and was read and retweeted by thousands. It took another four hours for British Airway to catch on about what was happening on Twitter.

This new way of forming a customer complaint may become the next big trend. As a result, large corporations will have to have 24/7 customer service responding to messages on Facebook and Twitter.

In this particular case it worked forcing British Airways to release the following statement to the BBC: “We would like to apologise to the customer for the inconvenience caused. We have been in contact with the customer and the bag is due to be delivered today.” 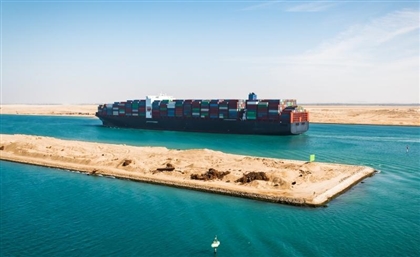 Starting January 1st, 2023, ships passing through the Suez Canal can expect to see [...]

The hope is to make prosthetics more easily accessible to over 10 million Egyptians [...]
Week Month Year