A new set of traffic laws are set to come into affect over the next few days. Here's what you need to know... 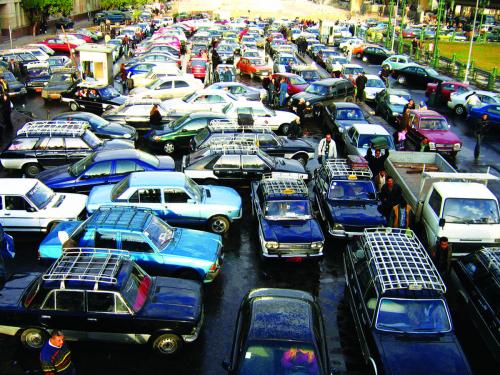 Cairo's traffic problems could soon be solved thanks to a series of new traffic laws. The laws, set to be applied during the coming days, will include radical changes, designed to put an end to Egypt's road chaos.

The bill will make it compulsory for all drivers to fit a GPS device in their car when getting a driver's licence. The system will also see a penalty points scheme, with drivers automatically disqualified upon receiving 30 points within a year. Driving in the wrong direction will come with a fine of 5000 EGP instead of 1000 EGP. The fine for illegally tinted windows will come in at 2000 EGP and double parking will result in a 2000 EGP fine, according to the new law. Meanwhile the law will also see a driver's licence permanently cancelled if the vehicle is used for terrorism.

Motorists also face a prison sentence for offences including drunk driving, taking part in demonstrations or parking in no-parking areas. While many will see the laws as draconian others will argue that the laws provide much needed reform. Here at Cairo Scene we can only hope that the bill makes getting from A to B in Cairo, or even just finding a parking space, a fate better than hell.