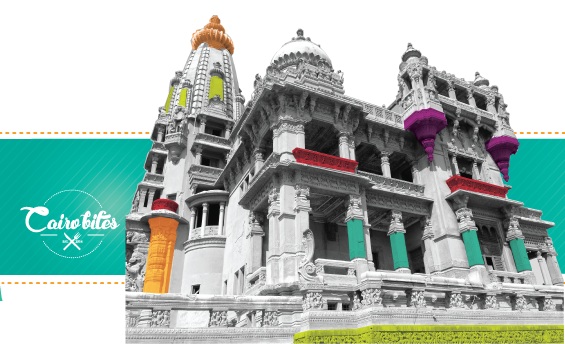 On 26th April the largest collection of food in an abandoned palace ever to hit Egypt takes place with the inaugural Cairo Bites event.

El Baron Palace will host a massive line-up of all your favourite local and international eating establishments, as well as some you've never heard of but probably should. If there's one thing you can always count on is Egypt's love for cuisine, not necessecerly good cuisine, but food none the less. No matter what's happening in the country, F&B outlets always seem to thrive. No offence to anyone but no wonder Egypt's women have been ranked as among the ahem, curviest, in the world.

The event will have a carnival atmosphere with hundreds of different F&B exhibitors from restaurants, live cooking shows and cafes to bakeries, chefs and caterers handing over tasters to you on a silver platter.

Aside from the food piling up at the booths and in your belly, there'll apparently a load of other entertainment lined up for when you slowly collapse into a food coma - stand up comedians, live music and a bunch of competitions.

Then again, you could always just order some MCdees, and get high instead. Whatever, we don't really care.