No more runny blood streams down the street, folks. Or at least not without a price. 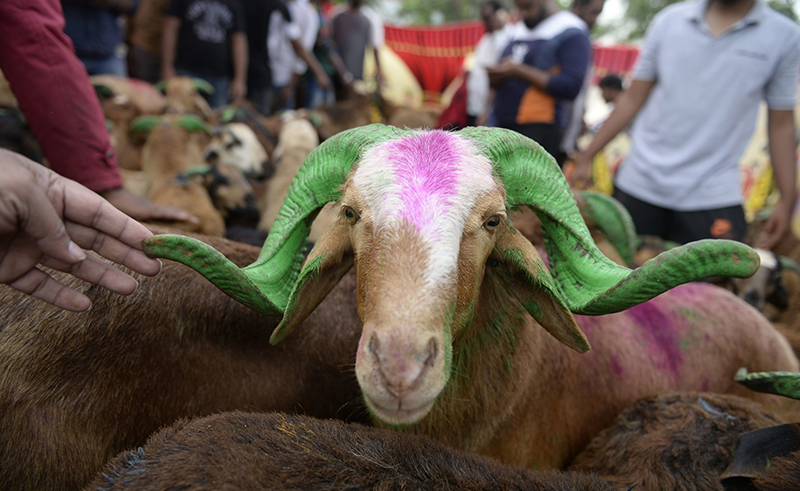 While the blood-strewn streets have become a regular sight in Egypt around Eid Al Adha, the pollution caused by such slaughters sure does leave a nasty mark (and smell) across Egypt’s streets, but that may no longer be the case this upcoming Eid.

The Deputy Governor of Cairo’s eastern province, Ibrahim Saber, has warned Cairenes off performing the animal sacrifice rituals outdoors during this Eid, further shunning ridding of the remains in the streets, announcing that the province is to impose at least EGP 5,000 in fines upon those who fail to keep their slaughtering in the designated spaces.

Moreover, the misdeed would go on in culprits’ recording on the grounds of violating environmental laws. The censure serves as way to preserve infrastructure, public hygiene, and eliminating the environmental harm caused by performing the ritual in the streets. He encourages citizens to visit meat butchers this Eid to carry out the good ol’ lamb sacrifices for them, instead of causing widespread pollution.

The Egyptian Islamic institution Dar Al-Ifta has previously condemned the act, stating in a speech last year during Eid Al-Adha that sacrifices performed outdoors are a “great sin and serious crime.”

Moreover, The United Nations Food and Agriculture Organisation (FAO) has recommended the rituals be “situated away from residential areas”. In order to curb the pollution, the butchers ought to follow “a well-planned, well-executed and controlled cleaning and sanitation program,” added FAO.