Our frenemies over at CairoGossip.com are getting up to something weird again, this time printing adverts directly on horses... 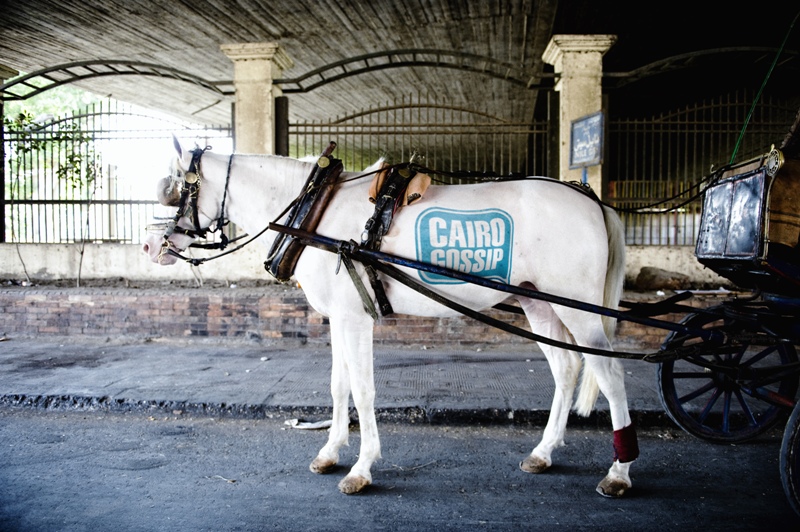 CairoGossip never fails to shock and surprise and their latest venture is no different. The site, published by media moguls, Media Republic, is set to cause traffic chaos in the already clogged city by dispatching a team of Egypt's iconic hantoors carrying the company slogan. The adverts, which will be painted directly onto the horse are being trumpetted as a means for Cairo’s hantoor owners to generate revenue in the face of Egypt’s dwindling tourism.

Speaking from his suite at the Grand Hyatt Hotel, Media Republic managing director Waseem El Tanahi told CairoScene that the idea is designed to put on Egyptian twist on a European idea....how refreshing. He said: "Various companies in Europe have tried to advertise on pet dogs in the past. But with pet culture still not as widespread in Egypt as it is in other countries, we were trying to think of a medium which would be eye-catching and highly visible to Egypt's A class, and the fact that it generates another revenue stream for the hard-hit tourism sector made the prospect all the more attractive"

However a Zamalek resident, who refused to be named amid fears of reprisals gave the move a resounding 'neigh.' He said: "This is nothing short of horsing around, especially given the present traffic situation. How am I supposed to get to my baby yoga class in time and as for my daily cronut - how on earth shall I survive without my favourite croissant and doughnut combination?"