Whether you're a fitness junkie or a couch potato, you've got a spot in Cairo Warriors' team. 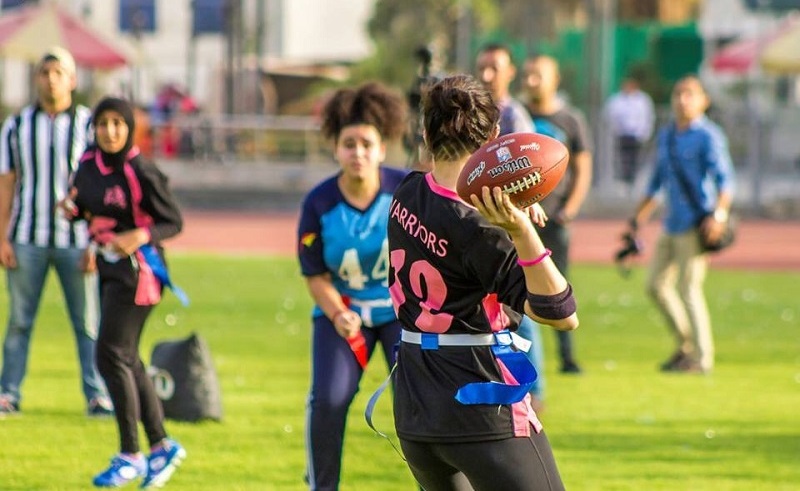 It's safe to assume that Egyptians view American Football as a very niche sport. One that's exclusive to gated communities and international universities, inaccessible to everyone else. Which is why Cairo Warriors, one of Egypt's first American Football team (and the first for women), is holding an open-to-all tryouts for women next Saturday (July 8th) at Leaders International College in New Cairo in a bid to get Cairene women off their couches and onto the energy-fueled field. The journey of Cairo Warriors began in 2015 with a relatively small team, which focused on training and acquiring the technical skills required to take the game in Egypt to a professional level. After an official league was established in Egypt in 2016, Cairo Warriors was one of the first to join it and in fact won the second spot in the league's first year. After which, the team went up against Morocco in Egypt's first ever international American Football game, and they emerged victorious. Now, the team consists of 60 athletes, distributed equally between the men and women teams. So for all you women interested in breaking a sweat, the tryouts set to take place next Saturday are open to all women from all sorts of athletic backgrounds, or lack thereof. "The best thing about American Football is that anyone could excel in one area that no one else can match, irregardless of their athletic level. If you're fast, you've got a place. If you're leaning towards being heavy, you've also got a place. We play Flag Football, which is more about strategies and techniques rather than strength," tells us wide receiver Hadeer Nassar.

Try your luck by registering here and head to Leaders International College next Saturday for Cairo Warriors tryouts.