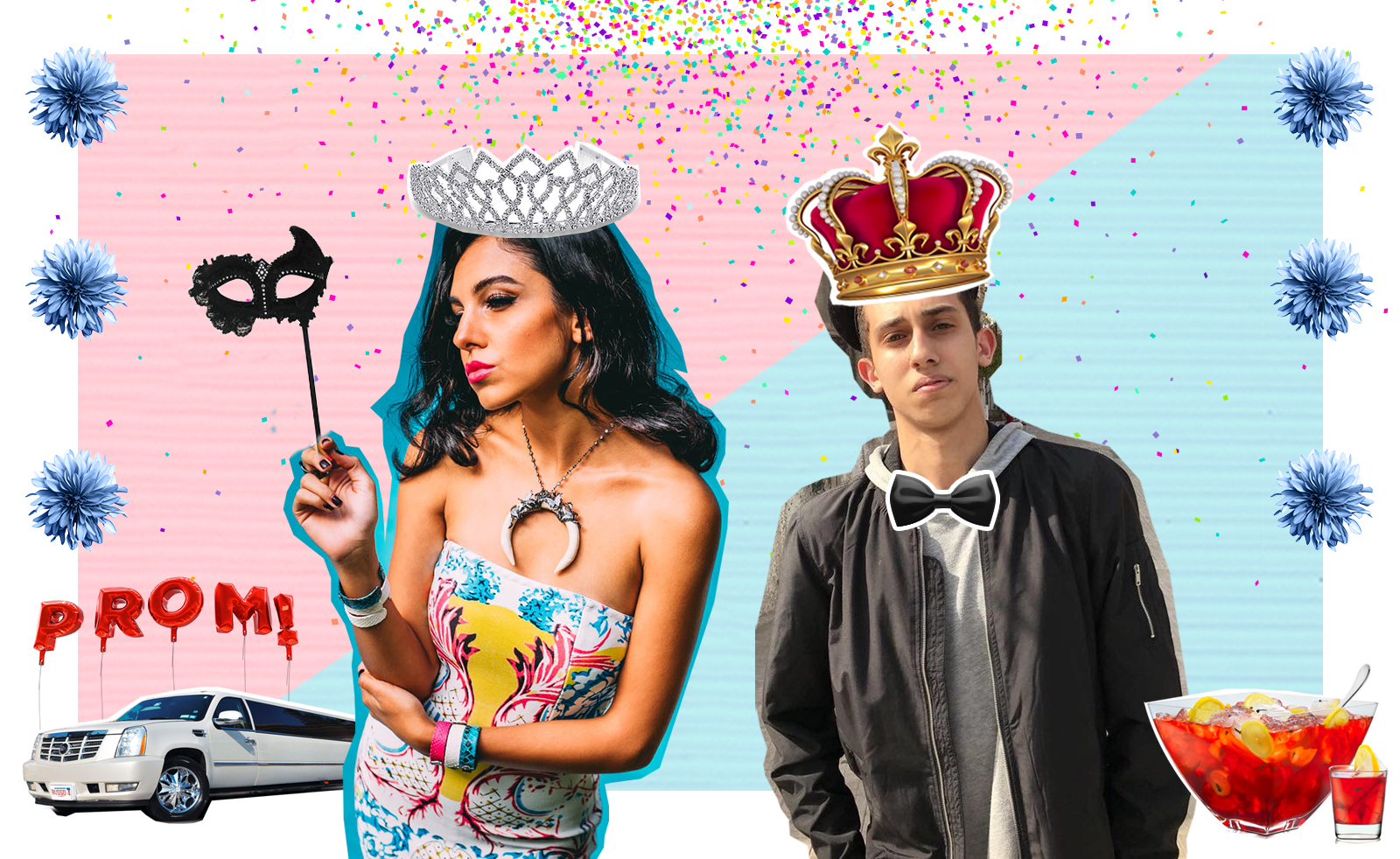 We are writing to you on behalf of a very hopeful and gutsy young soul that decided to go out on a limb and reach out to us to make his one prom wish come true. That is, to take you, Salma Abu Deif, as his prom date. And being the softies that we are, we couldn't help but stick our noses into this particularly novel business.

It was a peaceful (read hectic) day at the office as we sat there gradually losing hope in time ever passing and wondering where our food order was, when our thoughts were interrupted by a message on Instagram. 17 year-old Ahmed Rizk - a senior at EBIS - bravely reached out seeking help to fulfill a wish that would make his day/life, as he prepares to head out to the UK once he's done with high school to study computer engineering. So this seemed like a now or never sort of situation.

Needless to say we instantly went from dead on the inside to giddy and excited. So on behalf of this spirited young man, we would like to attempt in convincing you to accept his offer. And here's why we think you should be his date for prom (in our humble opinion).

Do it for all those of us who never got to go to their high school prom on account that we got turned down by our crushes or just didn’t get asked out. Honestly, we’re a generation that has grown skeptical of love. And grand love gestures? We’re over them. So you’d be giving love a good name!

While this is an obvious one, Ahmed Rizk is heading off to London in September to get his bachelors. His impression of high-school as he leaves his native country and boards that plane is entirely in your hands. And since we know a romantic scene at the airport would be asking too much (or would it?) we kindly request you consider the next best thing, which is being his prom date. The airport scenario is a battle for another day.

It would definitely do wonders for Rizk's rep. And it'll give him brownie points with the ladies. That girl who turned him down last Friday? Oh she'll be eating her heart out. Besides we all remember how miserable high-school was in the way of dating, insecurities and so on. You'd be giving his ego a boost and sending him off to university with a close to celebrity high school status.

He’s going to the UK to study computer engineering...so you know, he may or may not be the next Steve Jobs.

First Egyptians to Do it