Can Ancient Egypt Unlock the Secrets of Britain's Stone Henge?

A new study by a researcher from Bournemouth University finally unveils the mysterious purpose behind Britain's Stonehenge. And, for some reason, he thinks Ancient Egypt has something to do with it. 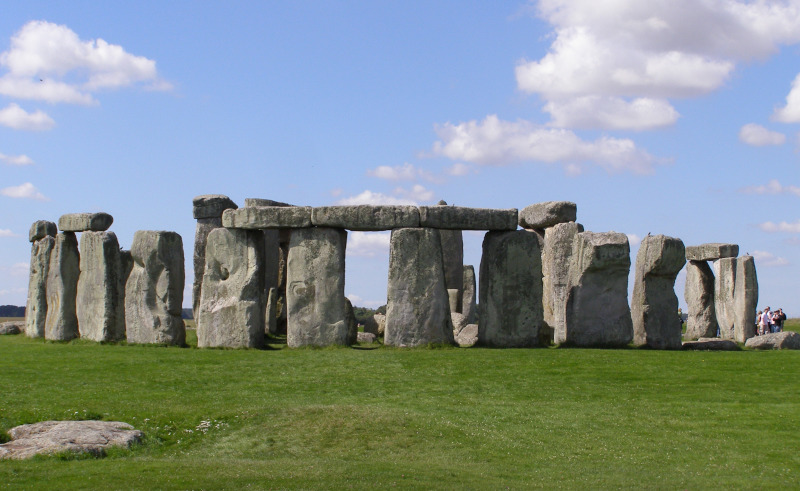 A new study has unveiled the true purpose behind Stonehenge, the ever-mysterious landmark that stands at the south of Britain. According to the author, a researcher from Bournemouth University named Timothy Darvill, Stonehenge was a Neolithic calendar that used the sun to track the days of the year. In short, a solar calendar with 365.25 days, just like the one most of Western society uses today. How they developed this calendar, however, was a different question - and the study looks south towards Ancient Egypt for the answer.

This wasn't the first time researchers put forward the theory that Stonehenge is a calendar. In fact it's quite a popular theory, the only question was what kind of calendar was it recording. One popular theory from the early 20th century proposed that it represented the 'May Calendar' based on the stars. Another theory claimed that it recorded a 16-month calendar that used solstices and equinoxes. Darvill's new study however looks at three distinct stones and how it aligns with visible horizons, seeing that it can be used to keep track of the sun as it rises during the summer solstice and sets during the winter solstice. Combined with the positioning and number of specific upright stones - 30 upright stones, correlating with 30 days in a month - suggests the possibility of a solar calendar.

The thing is - Stonehenge is totally unique in the region. There are no other structures like it, no other calendars found from that time that match it. While it's possible that the ancient people of north-western Europe developed a solar calendar independently in the fourth and third millennia BC, Darvill's study proposes another possibility: that they learned it from a civilization that we KNOW developed a solar calendar.

In the early third millennium BC, Egyptian civilization was all about the worship of sun deities. The Cult of Ra for example enjoyed significant popularity and power. Around this time, the Ancient Egyptians developed the Egyptian Civil Calendar - a 365-day solar calendar, divided into 12 months that were 30 days long (plus another month to fit in the five extra days - which makes more sense than dealing with Leap Years honestly). The 12 months were named after ancient zodiac signs, while the five days of the extraneous month were each dedicated to celebrating the five children of the god and goddess Geb and Nut, namely Osiris, Horus, Seth, Isis and Nepthys. A similar calendar was used in Mesopotamia, which was likely created independent of them, and was widely used across the Eastern Mediterranean.

How could these solar calendars reach Britain? As it turned out, Ancient Egypt's reach extended farther than most people would assume - especially when it comes to trade.

Evidence of long distance trade from Egypt to Europe in the Early Dynasty has been well established, from stone vessels in Minoan Crete to scarabs in Minoan settlements. One of the earliest recorded imports found in Britain - just 2.3 km south-west of Stonehenge - is a large, red-glass bead that was likely made in Egypt, and may have been traded from the Eastern Mediterranean (rather than directly from Egypt).

Finally, Stonehenge's unique architecture features elements that were only found in Egypt during that time, namely post-and-lintel construction in stone, stub-tenons being used to secure lintels to uprights, and creating an optical illusion of straightness by using and understanding entasis. Which are a lot of architectural terms to throw at someone all at once, but it does raise the question - did the creators of Stonehenge learn all these techniques all at once, and only bothered to use it to create this one structure? Or did they get help from some friendly foreigners from across the Mediterranean?