Last week's sandstorm was so humongous that not only could you see it from space, but it also had apocalyptic consequences on some. 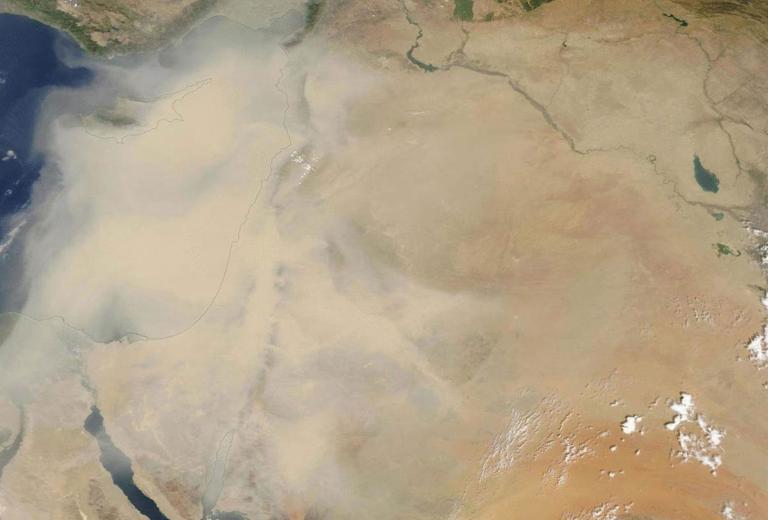 If you have lived in Egypt for a year or more, then chances are you have seen what a sandstorm looks like. This week Egypt found itself once again feeling lost in the sandy fog, but what many didn’t know was that it was such a big sandstorm that it was actually visible from space.

The past week's sandstorm was one of the worst and long lasting in recent memory. It was so widespread that it covered a lot of the Middle East. Don’t believe it? Then check out the crazy images taken by NASA from space and released on Tuesday.

The photo shows just how intense the sandstorm was, covering parts of Egypt, Lebanon, Syria, Jordan, Cyprus and Iraq. Beyond its intensity the storm proved to be deadly killing at least 8 people and leaving scores experiencing respiratory problems.

With little to no visibility, it was hard to see anything on ground level, but that didn’t stop social media from sharing some post apocalyptic looking photos. This is what it looked like at ground level.