Calling all filmmakers with a vision and a drive to do good. 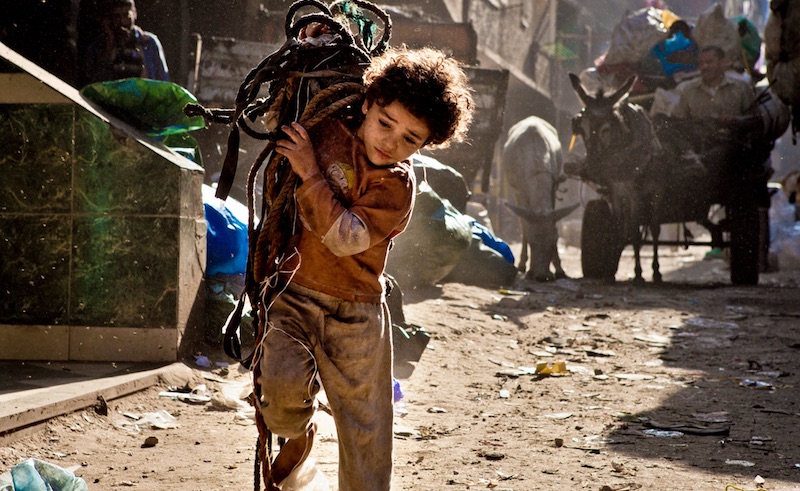 While Egypt has made quite some leeway in terms of development projects and tackling social issues over the years, there still remains areas that need attention, and Egyptians living in dire conditions that need actual help. In giving them a voice and shedding light on their plight by using a tool we have right at the tip of our fingers, real change is no longer an unattainable pipe dream but actually an achievable goal we can collectively work towards.

With the Click Funding for Cinema project, which is an initiative bred in the minds of those with a vision, there might be a light at the end of a tunnel for many of those inflicted with any number of social issues in Egypt, at least in terms of visibility. In partnership with Gouna Film Festival's Cinema for Humanity initiative, Click-Funding company, is to provide Egypt’s film-makers with a shot at making a change with their latest campaign, Click Funding for Cinema.

The competition is a call to all film-makers to come forward with a short film or documentary script that tackles a social cause in Egypt. For many young film-makers, finding the funds to produce a project or bring their vision to life is an arduous process, where the director is left with either having to find private funding or spend out of their own pocket. With Click-Funding for Cinema, the winner gets a sum of EGP 500 000 for them to embark on their journey and bring their story to life on the big screen.

Filmmakers will also be given technical advice by Film Express Clinic, which is co-founded by producer of Sheikh Jackson and Gun Shot, Mohammed Hefzy. That's not all though, as the filming team will also be providing filmmakers with permits, should they need any for shooting. Having already initiated a number of development projects such as bringing music and vocational education to the underprivileged kids of Darb El Ahmar, and encouraging cohesion between refugees and Egyptians in Ard El Lewa, among other initiatives encouraging social change, the Click Funding genius is back at it again with several partners, who are all working together to arm Egypt's change-makers with all the necessary tools in telling their stories and creating a better tomorrow.

The project looks to create a stronger link between the development world and the film industry. While there are already a variety of films tackling societal issues in Egypt, this encourages a more focused look and exploration of whatever cause the director chooses.

French philosopher, Denis Diderot said that only great passions can elevate a soul to do great things. Staying true to Diderot's words, the Click Funding For Cinema team is looking for passionate filmmakers that are passionate about using their work to shed light on societal issues and help society fight them.

Co-founder of Click Funding, Alban De Ménonville tells us the criteria for winning, "is simply about believing in the cause that you’re fighting for. If we find that the director has a strong sense of involvement, passion, and drive, then that makes a huge difference for us. It’s about picking the people who can improve society."

For the selection process, five projects till be picked after which the click-funding for Cinema judges will agree on a final winner. The final winner will then be announced on November 15th 2018.  Applications are still open until the 21st of October, 2018.

Once the winning film is completed, the click-funding for cinema team will help with the application for festivals. This is one team that sees it through until the very end with the director, as it’s not simply about creating a brilliant movie but about making an impact and leaving a mark. GFF cinema for humanity, is configured to promote a better humanity and all partners involved in the project at the base, are working towards that philanthropic goal.

“Most of the film makers, forget that a lot of funding can come from development work,”says Ménonville. “If you look at the film Asma, it was funded by the UNAIDS because it tackles the taboo surrounding those living with HIV in Egypt for example. So that’s also something we wanted to highlight in this project, that development world can bring a lot of things to the realm of cinema because very often we’re fighting to achieve the same goal.”