Come Alive This Halloween at The Temple

The Temple has transformed Cairo nightlife as we know it, and the floating hot spot will be hosting not one, but two killer bashes this Halloween weekend... 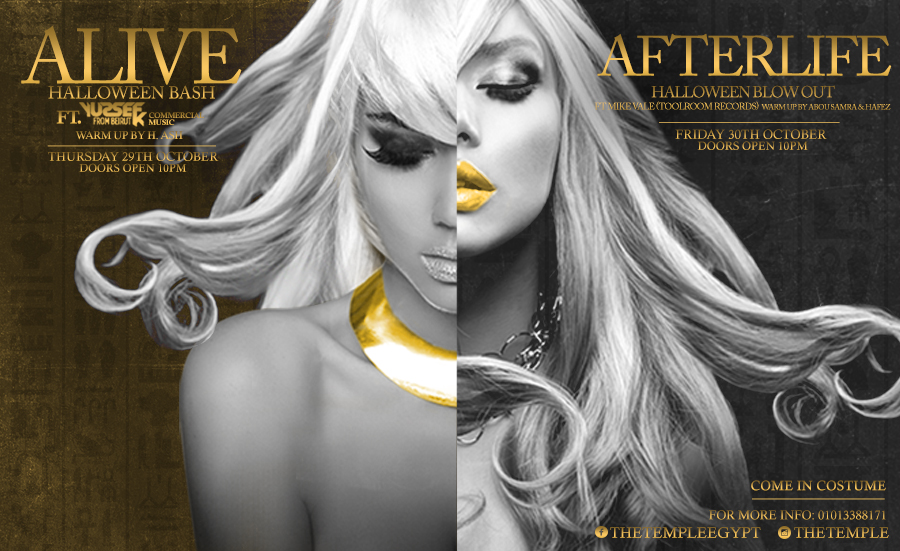 If you’ve ever been to The Temple, you know how well these people can curate and compile all the necessary elements to make for one special Kodak-moment-filled night. The infamous annual Halloween shindig is back and this time it’s bigger and better than ever. Except this time around The Temple is going all out with two back-to-back unforgettable nights featuring some fierce international acts.

Over the past years Temple has gained notoriety for Halloween blowouts and they expect this year to be no different but unlike most years you're being given double the fun. Plus this means TWO nights in costume, which is always good new sin our book.

So here’s what the guys have in store for you; two killer events over the weekend of Thursday the 29th of October, and Friday the 30th. Thursday the event is titled Alive and it’s showcasing the upbeat vibes of DJ Youseff K from Beirut, who will spinning up some dance-inducing commercial tracks for all the ghosts and ghouls to get down to. Warming up the decks, and getting you all hot and bothered, will be the inimitable H Ash.

Meanwhile, Friday's night titled Afterlife, promises to pack more of a wallop featuring the Mark Knight Tool Rooms record label roster star DJ & Producer Mike Vale. Hailing from a country that gave the global music scene its own blend of Tech House, this sensational Slovenian spinner has a lot to offer and we're really excited. On warm up duty will be local Blurr heroes Abou Samra and Hafez, and a line up like this will sit very, very well with all the Egyptian clubbers out there.

Also, it's Halloween, so obviously, arrive decked out in costume.