The Archbishop brought some positive vibes to the most prestigious wedding of the year. 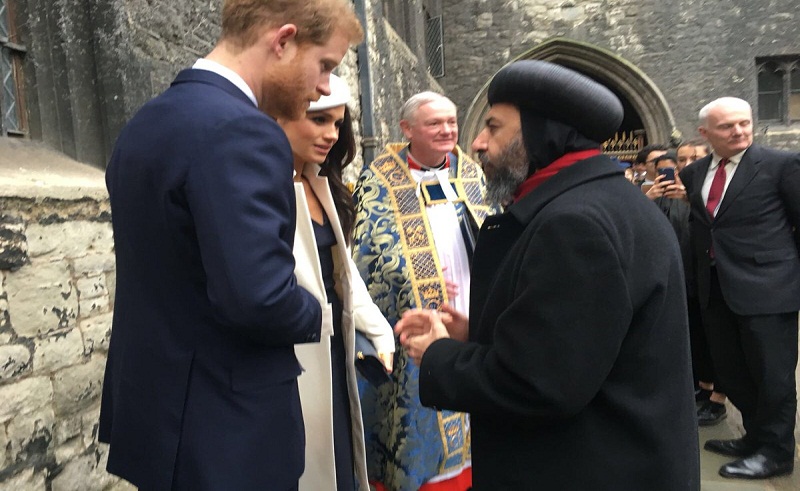 Unless you've been living under a rock, you definitely know that over the weekend, UK Prince Harry tied the knot with actress Meghan Markle, most famous for starring in the popular TV show ‘Suits’.

Egypt had its own sort of presence at the event as Coptic Orthodox Archbishop of London Anba Angaelos represented Egypt’s Coptic Orthodox church and gave a prayer at the wedding before they were proclaimed husband and wife.

Angaelos is the first Coptic archbishop of London, having been awarded the Order of the British Empire in 2015 by Queen Elizabeth, and he had some very kind words to say at St Georges Chapel, praying for the newlyweds in a service attended by 600 people.

"Lord of life and love, hear our prayer. May they nurture their family with devotion, see their children grow in body, mind and spirit and come at last to the end of their lives with hearts content and in joyful anticipation of heaven,"

The archbishop also tweeted the following: