Closing with a bang, this year's final Dancestock was a veritable explosion of music and madness thanks to Aguizi & Fahim and the legendary Rachael Starr. 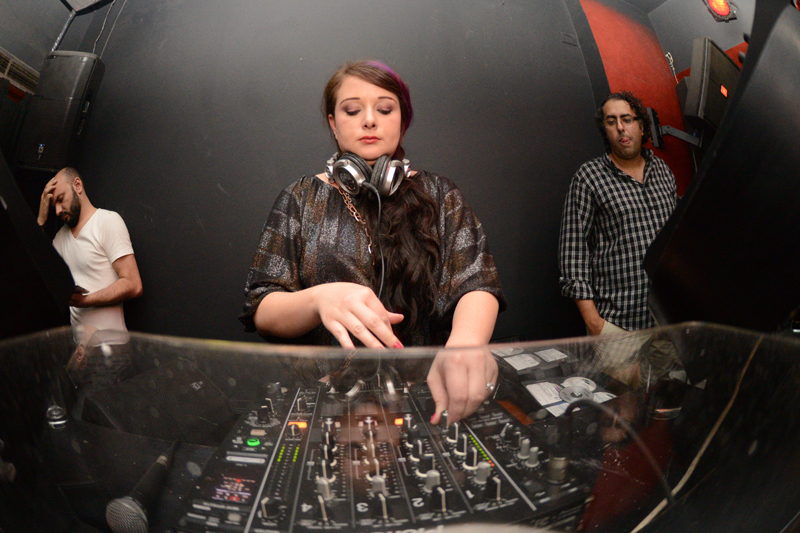 Last night, Dancestock returned to the Cairo Jazz Club for its grand finale making for the most memorable night of dance since the curfew was lifted. The evening was filled with amazing track selections, delicious drinks, and sexy people everywhere, steered by local heroes Aguizi & Fahim and Californian legend Rachael Starr. It was the hottest party in Cairo as the Dancestock series seemed to only grow with every passing session, culminating in the dance all free for all that was last night.

From the first track to their last, Student DJ Program winners Aguizi & Fahim brought the heat and had patrons fighting for bits of the dance floor. Proving the hype, the young duo certainly showed they can play with the big boys, and even teach them a lesson or two. The house was packed both literally and figuratively, as they played their unique brand of Nu Disco and Indie House.

Building up for the headliner, the chaps certainly created the right mood for the emergence of Rachael Starr who had everyone mesmerised, while simultaneously having them experience all sorts of dancing/spasms at the musical ecstasy. Starr was in total control, never wavering or shying away from grabbing a microphone and taking the tracks to the next level. Even if you aren't a fan of House music, Starr was still entertaining and clearly talented as her vocals instantly drew hands in the air and moving feet on the dance floor.

Things were definitely smoking inside the Jazz Club, but it was hard to tell what was causing it. Was it the smokers, the sexy people, the sizzling tracks, or the smoke machine that inevitably showered us all? In the fog it was easy to feel lost but loved as the music wasn't too hard and aggressive but comforting and inviting. It was easy to get into and easy to dance to, and as we pilled out at the end of the night, we couldn’t help but think things are good in Egypt. Despite all the political bullshit, there is fun to be had any time at Cairo Jazz Club and that the countdown for the return of Dancestock officially begins now.