Dead Sheep Are Washing Up On Egypt's Red Sea Shores

The dead sheep have been washing up on the Red Sea shores of Ras Gharib while their source has not been identified yet. 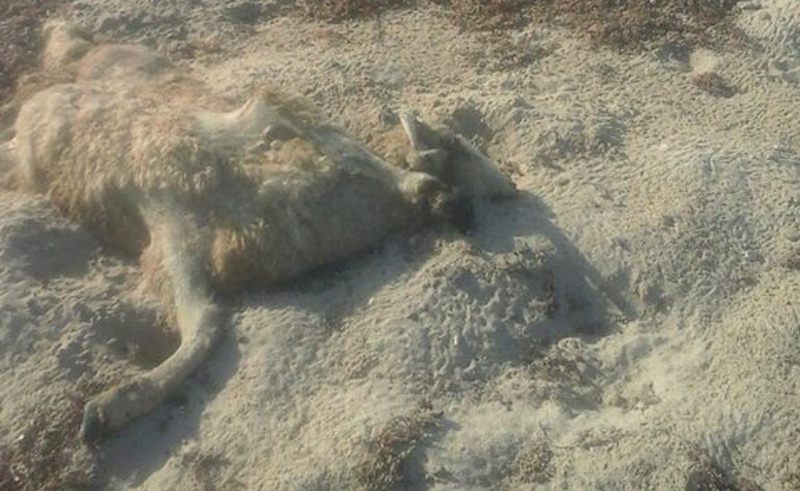 Dead sheep have been washing up along the shore of Ras Gharib in Egypt's Red Sea governorate, according to Al Arabiya, raising concerns of attracting sharks to the area. Relevant authorities were notified to investigate the matter, and the marine Rescue and Environmental Protection Society in the Red Sea was at the scene.

Al Arabiya spoke to the director of the society, Hassan Fouad Al-Tayeb, who believed that the sheep were dumped in the water by a passing ship, either due to to being ill or having died onboard the ship before reaching the port.

Al-Tayeb told Al Arabiya that the danger of the appearance of these sheep lies in their potential to attract sharks to the area due to their strong sense of 'smell', jeopardising the safety of citizens and tourists and consequently negatively affecting tourism. He added that the responsible ship will be identified and held accountable.