Did You Feel it? Earthquake Hits Cairo

Measuring 4.2 on the Richter scale, many across Egypt felt vibrations last night. 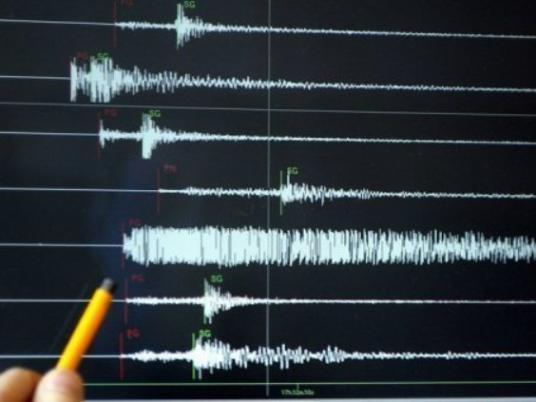 Did you feel something go bump in the night? It may well have been the EARTHQUAKE that sent Egypt shaking all the way to sohour last night. The quake happened at around 10PM and centered on Wadi Hagoul, about 30 kilometers south of Suez according to Observatories and Research Facilities for European Seismology (EMSC). The earthquake measured 4.2 on the Richter scale according to analysts.

Hatem Ouda, the head of the National Institute for Astronomical and Geophysical Research, said that this area is known for moderate earthquakes.  Residents across Cairo and Suez reported feeling shockwaves during the earthquake. However, no substantial damage was reported.EMSC researcher Jad Abd Rabbuh told Al Arabiya TV: "No damages have been reported as a result to the earthquake so far."

In October 2013 a similar quake struck Cairo following seismic activity off the coast of Crete. One Cairo resident said: "It was odd that the earthquake happened at a time of such change in Egypt. Let's hope it's not an omen for the country's future."