Taking place May 7th, the Discovery Open Qualifier at the Platinum Club will see six Egyptian tennis virtuosos on their way to Florida to play at IMG's Nick Bolleitieri Discovery Open Tournament... 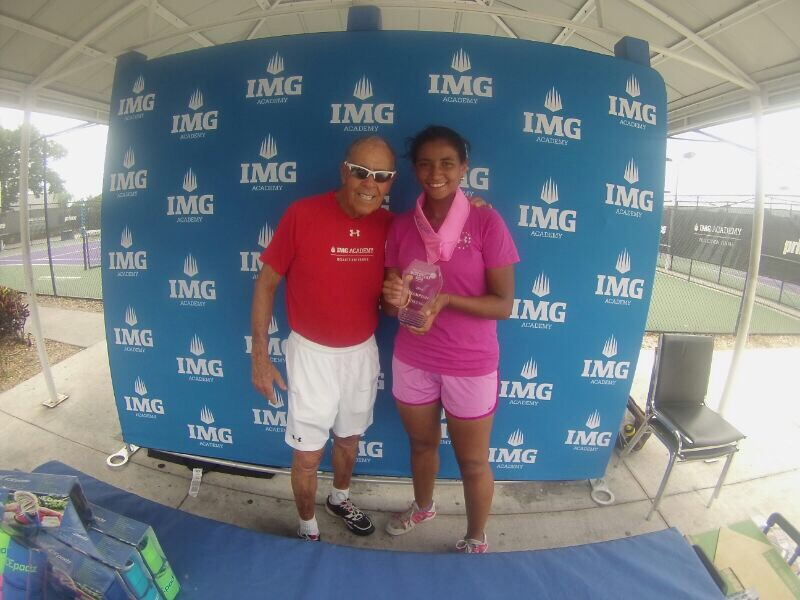 Egyptians have been globally successful as of late; our very own Mohamed Sallem might be heading to Mars, Bassem Youssef repeatedly appears on the Daily Show and Amr Waked famously kissed Scarlett Johansson in Lucy. If your child is into tennis, the Discovery Open Qualifier is now offering your child the chance to smash the competition abroad like Salem, Youssef and Waked did: six talented players will take their Andre Agassi moves to Florida to compete with global tennis aces at IMG's Nick Bolleitieri Discovery Open Tournament. But first, the challenge awaits as the revolutionary 7 Sports Marketing Firm hosts a teen’s tennis tournament at Platinum Club.

The Discovery Open Qualifier is open to boys and girls who are looking to take their tennis skills to the next level, and the next level means attending the Nick Bolleittieri Discovery Open at IMG Academy, Florida. For four days, the Platinum Club in Kattameya will be the battle ground for young Egyptian tennis talents in four categories (U10, U12, U14 and U16) on May 7th, 2015. The winners of the latter three categories will find themselves on a plane to the United States to compete for global glory later on that month. You think your child’s back hand has what it takes to beat other kids around the world? Then the four day tournament is the first stop on your child’s international competition journey.

Second and third prizes, as well as the winners of the U10 category, don’t walk away empty-handed either. The consolation prize is tennis merchandise that may help runner-ups take the glory in next year’s qualifiers. The winner of the U10 category will also receive a valuable reward; however, will have to wait for the chance to go to Florida for next year’s tournament.

Note that last year’s Discovery Open Qualifier which was also held at Platinum Club and organised by 7 Sports Marketing Firm winners were Lamis El Houssieny, Mohamed Abu ElKassem, Dalia Sherif, Seif Shawky, Habiba El Zoheiry and Aly Shokeir. The six talents showed great results against international players during their participation at Nick Bolleittieri Discovery Open At IMG Academy, as Lamis El Houssieny was able to win the Under 16’s competition there while Mohamed Abu ElKassem reached the semi-final for the Under 16’s too. Great achievements by the Egyptian camp, but the expectations are higher in this year’s series.

Registration is much easier than winning this incredible challenge. Until May 2nd, registration is open to any child meeting the age requirements. Whether it’s online, over the phone (Call 01060369356 or 16033) or in person at 7 Sports Center inside Victory College in Maadi, 125LE buys a spot in the opportunity of a lifetime tournament. And for everyone who is too old to take part themselves, this is a chance to watch the next Maria Sharapova or Kei Nisikori before they are famous…

Find out more about the tournament and 7 Sports Center here.