Locals defiant as army explosives experts defuse two suspicious objects, just seconds from a bustling café and in the bathroom of a popular sporting club 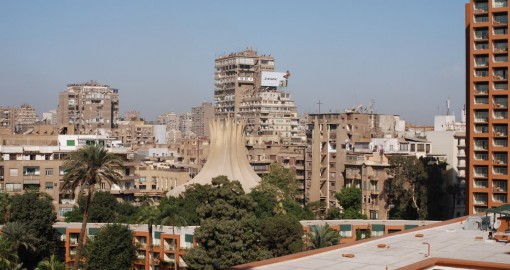 The first device was discovered in Sheikh el Maserfi square just seconds from the bustling Beanos café packed with commuters. Army bomb experts defused the device, thought to have been an empty freon cannister shortly after 9.30 am and the streets surrounding the square have now been reopened.

The scare marks the first of its kind in the leafy area, sparking fears of further terror attacks in previously stable areas. But today, residents remained defiant on the streets of Zamalek. Hassan Hassan, 55, told CairoScene: "These attacks are designed to scare people. They want to make us afraid. But we aren't going anywhere, we won't be intimidated."

Meanwhile Dina Wagieh added: "I've never seen anything like this before. It's disgusting. But no, the people here won't allow themselves to be scared by these cowards."

The bomb attempt comes as both government officials and Muslim Brotherhood figures called for supporters to take the streets to mark the second anniversary of January 25th revolution.

Update: 16.00 Authorities were called to the Gezira Club after workers found a suspicious package in a women's bathroom. The package was later destroyed and no casualties were eported.