Good news fellow hashasheen… our favourite herb is now coming in the form of an e-cigarette, and with some luck, the good folk in Holland who were the brains behind this venture will be sending some of their E-Joints our way. 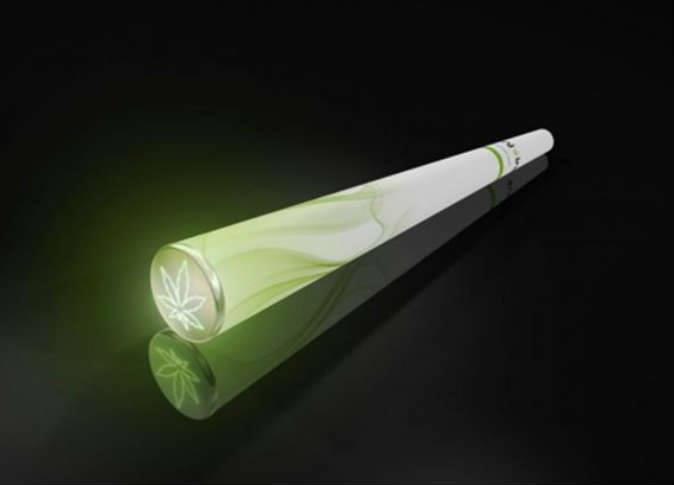 Egyptian stoners could soon be getting high on their digital supply thanks to the world's first electronic spliff.
The tech savvy jobbayah is modelled on an e-cigarette, and allows users to fill the stick with their own cannabis liquid or dry herbs.
The hash heads' wet dream is being produced by Dutch firm E-Njoint BV, which already makes 10,000 fruit-flavoured joints every day, which are distributes throughout Europe.
The would-be E-Joints contain no tobacco and are 100% legal.
If the pot-friendly prototype proves successful abroad, the product could soon be rolled out in Egypt.
E-Njoint CEO Menno Contant said: "Holland is well known in the world for its tolerant and liberal attitude toward soft drugs and the introduction of this new product clearly makes a statement.
"As long as you don't bother or disturb other people and stay within the legal boundaries, all is well."
The company's website, which lists the outlets in Europe where you can buy e-joints, claims that smoking can be 'healthy', describing the E-Njoint as the "the latest trend on the market."
It is not yet clear if the company plans to ship the E-Joint to consumers in the rest of the world.