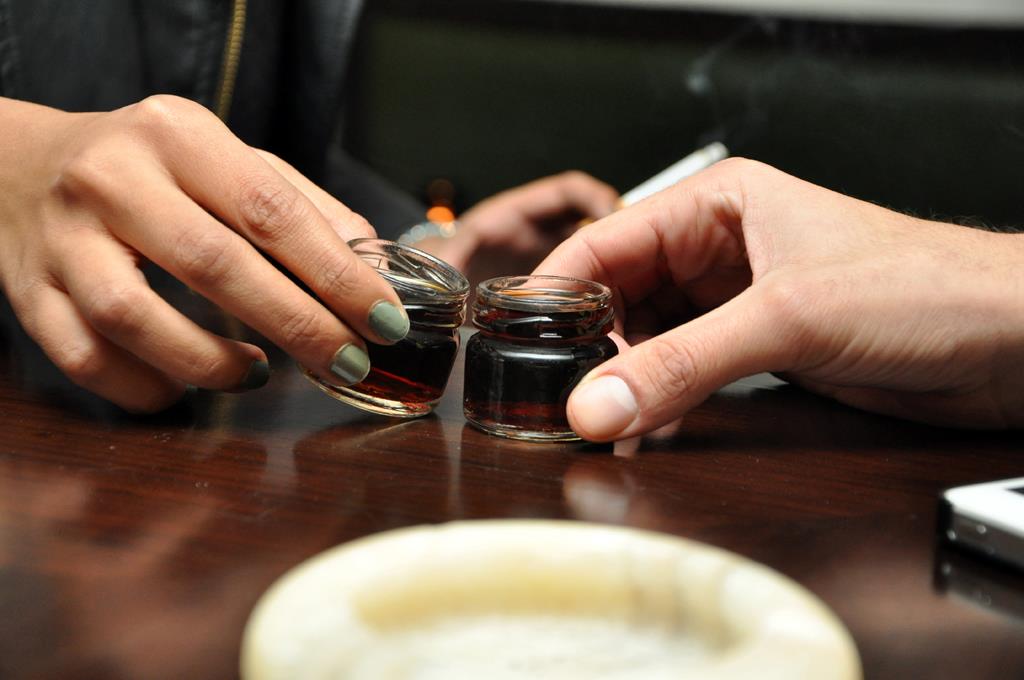 Egyptians are guzzling 16 million litres of alcohol each month, a new study claims. That means Egyptians are necking a whopping 200 million litres of booze each year. The "Global status report on alcohol and health 2014" provides country profiles for alcohol consumption in the 194 WHO Member States and the impact on public health and policy responses in these states. Worryingly, the study also reveals that alcohol kills 3.3million people annually.

The biggest drinkers on the planet are Belarus (17.5 litres), Moldova (16.8 litres), and Lithuania (15.4 litres) according to the survey. “More needs to be done to protect populations from the negative health consequences of alcohol consumption,” says Dr Oleg Chestnov, WHO Assistant Director-General for Noncommunicable Diseases and Mental Health.

“The report clearly shows that there is no room for complacency when it comes to reducing the harmful use of alcohol. We found that worldwide about 16% of drinkers engage in heavy episodic drinking - often referred to as ‘binge-drinking’ - which is the most harmful to health,” explains Dr Shekhar Saxena, Director for Mental Health and Substance Abuse at WHO.

"Lower-income groups are more affected by the social and health consequences of alcohol. They often lack quality health care and are less protected by functional family or community networks.”

The news comes as a similar survey revealed that Egyptians love beer, which makes up more than 40% of alcohol consumption in the region. Meanwhile 39.5% of boozers prefer top shelf spirits, while just one in 10 list wine as their beverage of choice.