The Egypt-made hydroelectric dam will secure a clean power supply for over 60 million Tanzanians as well as help control water flow if flooding were to occur. 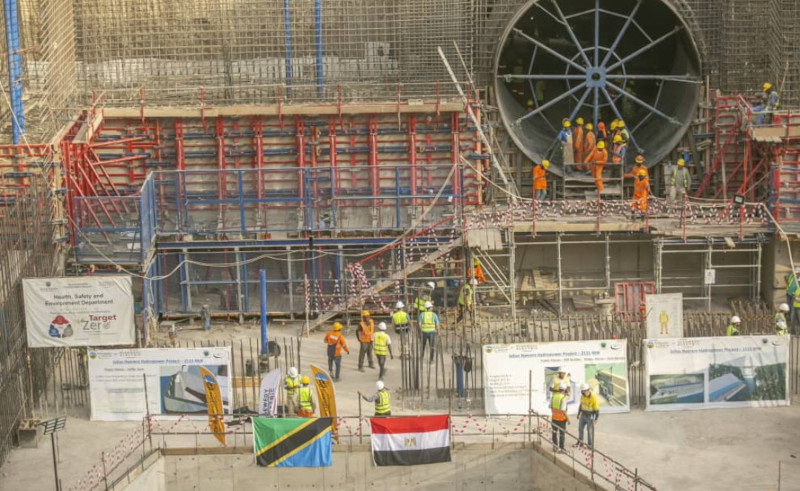 An Egyptian joint venture in Tanzania has begun installing the first of nine hydroelectric turbines for their Julius Nyerere Hydroelectric Power Project (JNHPP), which is set to be the largest dam in the country. The project dates back to August 2017 when Tanzania announced bids for the dam’s construction. Shortly afterwards, in December 2018, the contract was given to Arab Contractors and Elsewedy Electric at a cost of USD 2.9 billion.

In February 2019, Tanzania officially handed over the construction site to the Egyptian companies and construction began in the third quarter of 2019. It is now scheduled to be completed by 2022.

Located in the Morogoro area on the Rufiji River, the dam is 1,025 metres long and 131 metres high with a storage capacity of about 34 billion cubic metres of water. Each of the nine turbines has a capacity of 235 mw, with a total hydropower capacity of 2,115 mw.

When complete, the JNHPP will secure a clean power supply for over 60 million Tanzanians as well as help control water flow if flooding were to occur.