The female Flag (American) Football team, The Cairo Warriors, is being sponsored to take part in a global competition in Florida and they need your help to get there. 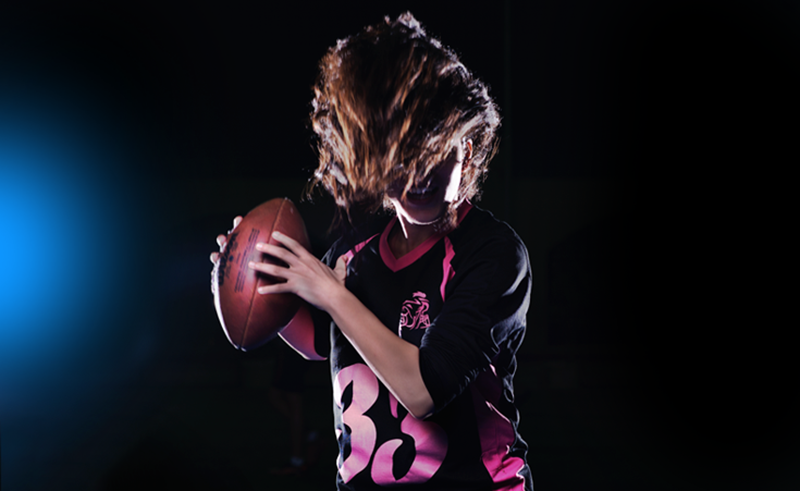 In a country as obsessed with sports as Egypt is it's interesting to look at the numbers of people in it who actually play sports. Half the population, women, often struggle to find opportunities to make strides in what is viewed as a manly endeavour in Egypt. But these women and girls are steadily making pushing their way through for the country to be more inclusive on the field (literally).

The Cairo Warriors is the first female Flag Football team in the Middle East, playing a sport which is similar to American Football, with the same basic rules except players take a flag off (deflag) their opponent instead of tackling them to get the ball. Now, the talented team is about to shine on a global stage and represent Egypt abroad. They will fly to Key West, Florida from January 22 to 28 to square off against at least five other teams from around the world and across the United States in the Kelly McGillis Classic International Women’s Flag Football Championship.

The Warriors are being sponsored by the International Women’s Flag Football Association (IWFFA), which will pay for their trip and accommodation. The organisation’s goal is to foster and grow the sport around the world, including working in countries where it’s not yet played and providing all women and girls, regardless of background, the opportunity to play. Hadeer Nassar, the General Manager and Wide Receiver of the team, tells us she's excited for their upcoming trip, when 12 of the 28 total members will spare no sweat for global recognition in their sport.

“We’re now in a process of trying to find additional support,” Nassar told CairoScene. “So if anyone can help more, please reach out,” she added. To lend them your backing and find out more about the team and the strides they’re making in female participation in Egyptian sports, check out their Facebook page.