Egypt's Getting Its First Battle Of The Bands

Every rockstar had to start from somewhere, but now you have the chance to skip all the crappy parts and shoot right to superstardom. 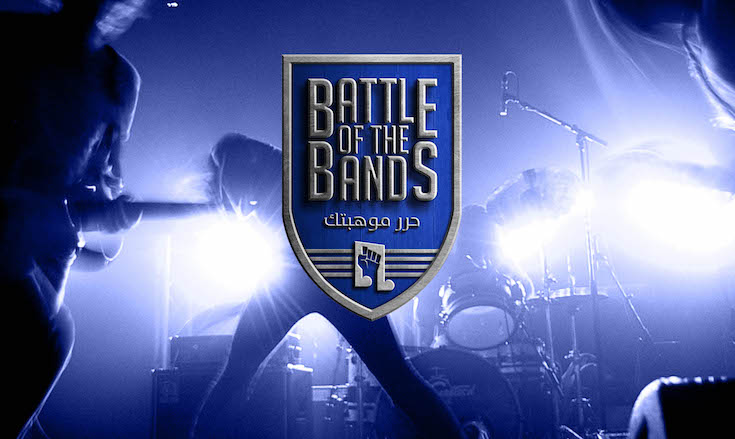 Attention aspiring rockstars of Egypt! We know it’s tough out there, trying to break into the music scene. Even if you do manage to find that magic combination of people who have the talent (very important), the equipment (more important), and aren’t so hideous or unkempt that they send the audience fleeing from the venue when they take the stage, you and your bandmates still have a tremendous amount of hurdles to overcome before anyone else hears your music. Egypt’s music scene might not be as easy to break into as it could be, but now there is a massively huge opportunity for the underground bands of the country to get out there, make some noise, and get all the attention they so rightly deserve.
In cooperation with the Ministry of Tourism, a nationwide Battle of the Bands is taking place right here at home, thanks to Kult (whose previous battles involved burgers instead of bands), giving underground musicians the chance to duke it out – Battle Royale style – until only one remains. For one week, starting June 8th, bands from Cairo, Alexandria, and the Delta can apply by uploading a one-minute sample of a cover tune on the Battle of the Bands website directly, or via the Freedom Music Truck. This mobile recording studio is fully equipped with state-of-the-art gear and will give bands that haven’t had the opportunity or the means to capture their awesomeness the chance to show their stuff and potentially become Egyptian rock legends. Then, the future Ozzy Osbournes and David Bowies of Egypt’s entries will be judged by none other than Sharmoofers!
The one-of-a-kind comedic kings of Cairo’s music scene will choose 16 potential guitar heroes and company to move on to the second stage of the competition – the actual battles. Four rounds with four bands each, in which each band will play one song in front of the judges and crowds of up to 5,000 people! Each battle will feature a guest performer as well as the battling bands, and will take place at such epic arenas as Montazah Palace, The Citadel, and even the Pyramids themselves! Starting with a hugenormous party to announce the 16 elite groups on July 8th at Montaza in Alexandria – also featuring a performance by Sharmoofers to show these aspiring bands how it’s done – there will be four battles of four bands each with the winners moving on to the finals. No pressure though, guys.
Now you’re probably thinking that the esteem that comes with playing in front of thousands at the biggest venues in the country is enough, but you’d be wrong. The winner of this Rock N’ Roll crusade will get a full set of pro gear (score), the crazy cool opportunity to hit the road opening up for Sharmoofers for three days (superscore), AND will have their winning song professionally produced with all the bells and whistles to make them sound even better (bonus points if your song actually has bells and whistles).
So start warming up and get the band together because you, the underground rockers of Egypt, have a lot of work to do.
Peep the official Battle of the Bands site here and their Facebook page here.