Located in Bashteel, Giza, the new station is expected to be three times bigger than Ramses Station, with 12 platforms. 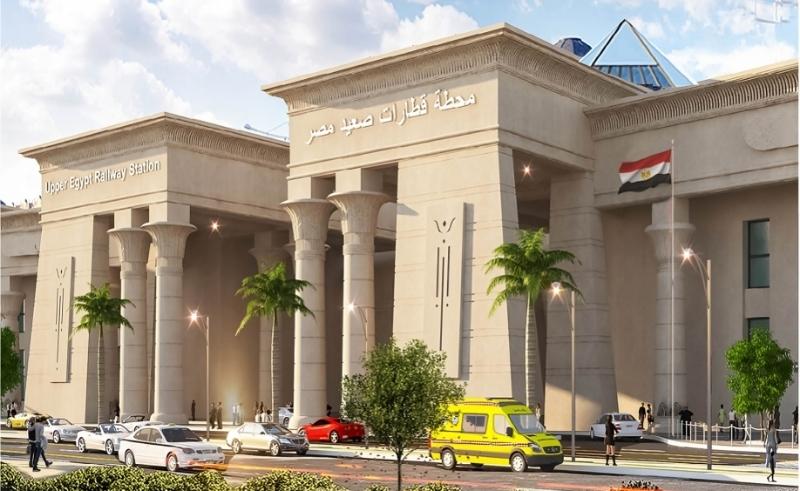 Currently under construction, the new Bashteel Railway Station is set to become Egypt’s largest station ever built. Kicked off by Hassan Allam Holding,  the Ministry of Transport and the National Railway Authority, the station is being built at a cost of  EGP 350 million, and has already provided 15,000 jobs.

Located in Bashteel, Giza, the new station is expected to be three times bigger than Ramses Station, with 12 platforms, as well as 66,500 square metres of administrative offices and 24,000 square metres of shops. Sitting in between Ramses and Giza, it is hoped to alleviate some of the traffic in Ramses Station, and serve as a meeting point for Cairo’s railway lines. It will also be linked with the Cairo Metro’s third line, the monorail and the Bus Rapid Transit (BRT) system.

The station’s design will be inspired by ancient Egyptian aesthetics; passengers will be greeted with a beautiful display of Egyptian heritage, including a large 40 metre high glass pyramid and four obelisks.  Along with its platforms, the station will also hold a parking garage, a shopping mall, a four-star hotel and 28 additional towers for commercial, administrative and residential use.