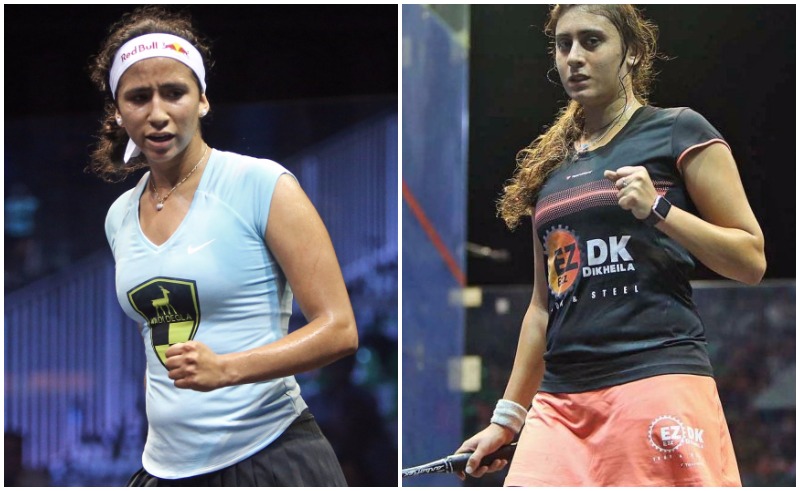 “It feels amazing to beat my idol, it was a very, very tough match today, mentally, more than physically,” Gohar says to PSA World Tour after the lengthy match.

Last time Sherbini and Gohar went up against each other in last year's World Championship, where 18-year-old Gohar was sent packing by the World Champion.

Will Sherbini defend her throne or is the world ready for a new Egyptian Squash Queen? We'll find out this Thursday at the World Championship's semi finals in El Gouna.

Meanwhile, The World Series Tournament, El Gouna International Squash Open for men, witnessed the second victory by Marwan El-Shorbagy over his older brother and defending champion Mohamed El-Shorbagy, after his first win in February at the Windy City Open. Marwan is gearing up for vigorous semi-finals against the world's no.1 player Gregory Gaultier. We might be jumping the gun here, but it seems like El-Shorbagy family plans to hold a monopoly over Squash world titles for a while.