The figures comes as part of a new report by the UN, which estimates that the global population will grow to 9.7 billion in 2050. 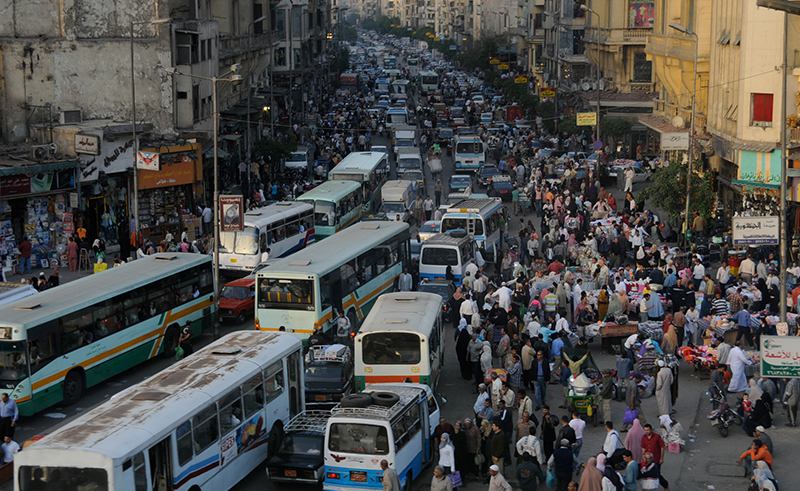 If you thought Egypt was crammed enough, think again. The UN reports that Egypt is one of nine countries - including India, Nigeria, Pakistan, the Democratic Republic of Congo, Ethiopia, Tanzania, Indonesia and the United States - who will experience the largest population increases between now and the middle of the century. Despite a slowing global birth rate, the UN states that the world population is expected to grow to 9.7 billion in 2050. That’s right. That’s an extra 2 billion in the next 30 years.

The report estimates that Egypt will house an extra 60 million people in the next 30 years, amounting to a population rise to 160 million by 2050, a whopping spike from the current population of over 101 million, according to Worldometers.

Findings predict that Egypt’s population will climb to almost 121 million by 2030, and a more striking figure of 225 million by the end of the century. The Egyptian government has deemed Egypt’s population as a critical priority, one in need of an immediate sustainable solution. Accommodating to housing demands, and due to climate change, arable land has become a scarcity, sea levels are on the rise and water shortages and pollution are all plaguing the collective well-being of the environment and the population.

The Central Agency for Public Mobilisation and Statistics (CAPMAS) have publicly stated that in order to achieve a healthy, well-educated population, Egypt’s population growth rate must be one-third of its economic growth, according to Enterprise. The IMF’s figures for a predicted labour force stand at 80 million by 2028, which presents a disparity between these figures and how much Egypt’s economy and education system can handle.

“Many of the fastest-growing populations are in the poorest countries, where population growth brings additional challenges in the effort to eradicate poverty, achieve greater equality, combat hunger and malnutrition and strengthen the cover and quality of health and education systems to ensure that no one is left behind,” said Liu Zhenmin, UN's undersecretary-general for economic and social affairs.