Starting on April 6th, three-day auditions for Battle of the Wheels at Tulip Hotel will see Egypt's top drivers fiercely compete to claim the the throne of motor sports. 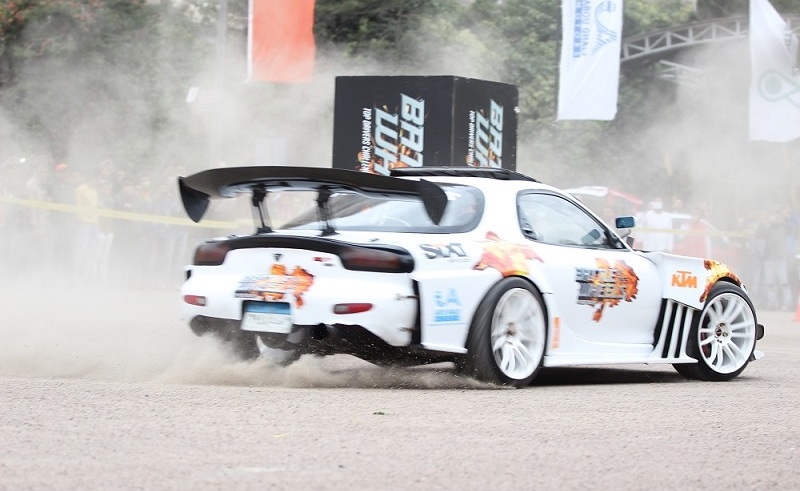 The clock is ticking faster than ever in anticipation for the vigorous kick-off of Battle of The Wheels, Egypt's adrenaline-fuelled search for its next driving champion, which will officially start after the massive multi-discipline auditions at Cairo's Tulip Hotel on the 6th, 7th and 8th of April. The competition's headliner and Egypt's legendary speedster Rami Serry took Battle of The Wheels drifting through Alexandria last weekend; daring the city's fiercest drivers to push the pedal to the metal and get to the auditions, which will be nothing short of a professional driver's wet dream. For the first time in Egypt, Battle of The Wheels is having drivers audition and compete for the judges' approval on an interactive high-tech track built especially for the grand occasion. Competitors sweeping in with killer decorated vehicles and proper racing suits matching their crew's uniform will automatically get additional points for professionalism.

Battle of The Wheels auditions will be kicking off on the 6th of April, with a whole day dedicated to the time trial/speed discipline, in which judges will be grading the speedsters based on their manoeuvring magic with regards to time, sticking to proper racing lines, and perfecting breaking points and apex angels.  The second day of the auditions is the day for those who specially trust their hand breaks to manoeuvre their powerful vehicles through  (and under) obstacles, in a steamy competition highly resembling the iconic Auto Cross Egypt, from which most of Egypt's top drivers emerged.

We hope Egyptian drifters get their spare wheels because they're about to burn theirs down at the auditions' third day, which is meticulously designed to test their firm grasp on the wheel. Drifting angles, clipping points, and speed constitute the main criteria upon which they'll be graded, besides (naturally) how far daring drifters are willing to go in locking down the pedal to smoke things up. "We want to take motor sports in Egypt to the next level. That's why we are raising it up to new heights by introducing the highest safety measurements, newest technology, and international standards. We expect participants to do their part by sticking to said standards when it comes to their suits, uniforms, and cars, and the judges will take that into consideration," Rami Serry says. "I'm very excited about the auditions, which will gather the biggest names in motor sports in Egypt." Last call for Egyptian driving enchanters, get your gear polished and mark your calendars for the 6th, 7th, and 8th of April for the swaggy Battle of The Wheels grand auditions at Tulip Hotel. But remember, big shots, swag might get you through the gate, but it would take only your most solid and dazzling performance to claim the throne of Egyptian motor sports and get through to the Battle of The Wheels finals.